WHO urges action against global threat by unsafe foods 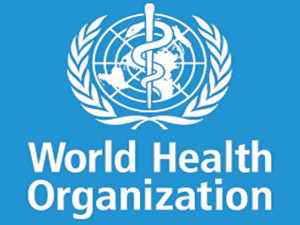 The World Health Organisation (WHO) on Thursday said there was the need for coordinated, cross-border action across the entire food supply chain. The world body said the move was necessitated by a new data on the harm caused by food borne illnesses which emphasised the global threats posed by unsafe foods. This is contained in a news release by WHO, ahead of the 2015 World Health Day, highlighting the challenges and opportunities associated with food safety.

World Health Day is commemorated annually on April 7, with this year’s theme as “Food Safety” and the slogan “From farm to plate, make food safe.

“Food production has been industrialised and its trade and distribution have been globalised.

“Investigation of an outbreak of food borne disease is vastly more complicated, when a single plate or package of food contains ingredients from multiple countries,” said WHO Director-General, Dr Margaret Chan.

The statement said that unsafe food could contain harmful bacteria, viruses, parasites or chemical substances, and caused more than 200 diseases, including diarrhoea and cancers. It said that examples of unsafe food included undercooked foods of animal origin, fruits and vegetables contaminated with faeces, and shellfish containing marine biotoxins.

“Efforts to prevent such emergencies can be strengthened, however, through development of robust food safety systems that drive collective government and public action to safeguard against chemical or microbial contamination of food.

The statement urged consumers to be food safety conscious, saying: “at the consumer end of the food supply chain, the public plays important roles in promoting food safety.

“They should practice safe food hygiene and learning how to take care when cooking specific foods that may be hazardous , such as raw chicken, to reading the labels when buying and preparing food.’’

“It often takes a crisis for the collective consciousness on food safety to be stirred and any serious response to be taken.

“The impacts on public health and economies can be great. A sustainable response, therefore, is needed that ensures standards, checks and networks are in place to protect against food safety risks,’’ he said.

It stated that food safety was a cross-cutting issue and shared responsibility that required participation of non-public health sectors including agriculture, trade and commerce, environment and tourism. It also stated that food safety required the support of major international, regional agencies and organizations active in the fields of food, emergency aid and education.