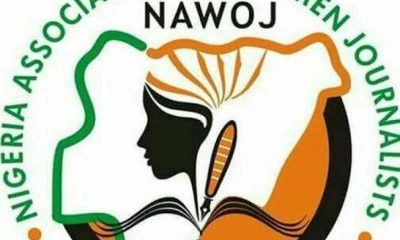 The National Association of Women Journalists (NAWOJ) has called for improved welfare packages for journalists to enable them to work effectively and without prejudice.

NAWOJ FCT Chapter Chairperson, Mrs Annah Daniel, made the call on Thursday in Abuja at the inauguration of an NGO “Journalists Global Foundation (JGF)” and the maiden public lecture of the organisation and award presentation.

She said that it was now time for the government to take a look at the welfare packages of journalists and make an upward review of them in view of the critical roles the media professionals play in the society.

Daniel said that an upward review of the welfare packages of journalists was for the betterment of the society as this would enable them to continue to perform their duties diligently as enshrined in the Nigerian constitution.

She pledged NAWOJ’s support to Journalists Global Foundation in its desire to pursuem better welfare packages for journalists.

In a similar vein, the Director of Public Affairs, National Agency for Food and Drug Administration and Control (NAFDAC), Dr Abubakar Jimoh, who was the Chairman of the occasion, also spoke on the need to have good welfare packages for media professionals.

He said that the mass media was supposed to be accorded the same respect given to the legislative, executive and judiciary arms of government since it had been regarded as the Fourth Estate of the Realm even by the constitution.

According to Jimoh, the media is the watchdog of the Nigerian public, pointing out that media apparently is the mouth organ and the engine of expression for which the larger Nigerian society speaks to the government.

He said that with the media, more than 200 million Nigerians could get across their feelings, adding that the welfare package of the media should be priority since it has a constitutional role as the Fourth Estate of the Realm.

“It is our collective interest and responsibility for the masses to support the Nigerian media to be able to discharge its role.

“For a segment of the Nigerian public playing a vital role of the media in the society, they need to be supported by all. When you are talking of the executive, legislative and judiciary personnel, their welfare cannot be joked with, then why should we leave out the members of the Fourth Estate of the realm?

“The fourth leg must not suffer. It is in our interest that once the interest of the Nigerian media professionals is taken care of in terms of welfare, they will do their work selflessly, passionately and without prejudice.

“When the welfare of journalists is taken into consideration, they will be able to stand up and do their work more, we must rally round to ensure that the welfare of Nigerian media is safeguarded,” he said.

He called on the Nigeria Union of Journalists (NUJ) to align with other forces and pull up their strength to lead the struggle for an improved welfare package for journalists, adding that other segments of the society will support NUJ if it leads.

Nigeria to reschedule $53bn in loans to cope with downturn