XBB.1.5: Things to know about most transmissible COVID-19 subvariant 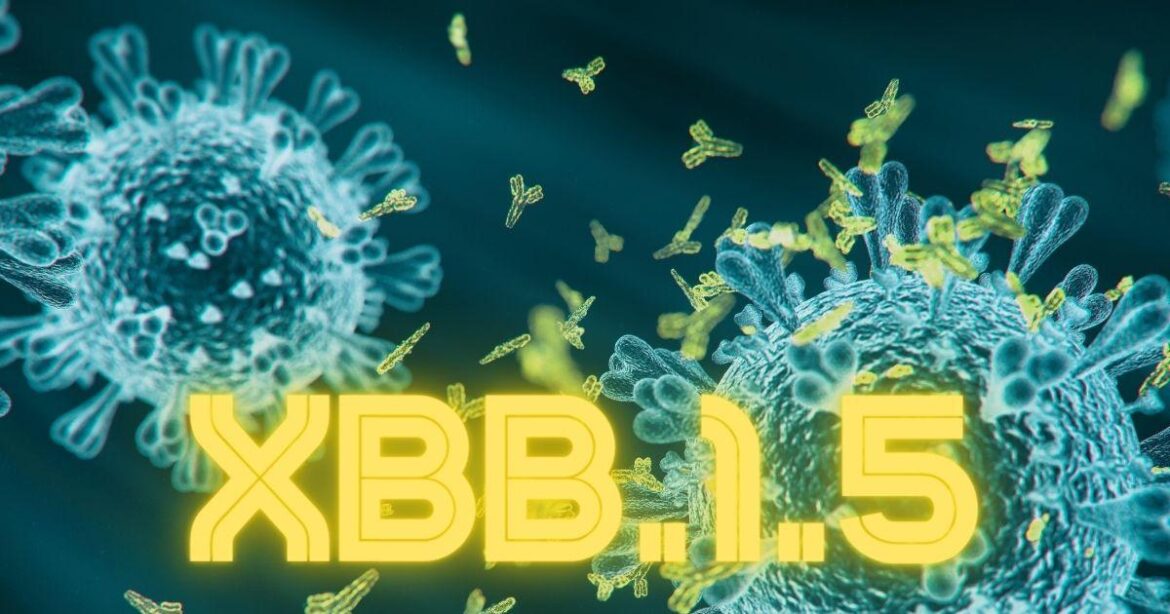 The Omicron subvariant XBB.1.5 is the most transmissible of the COVID-19 subvariants to emerge, so far and has been spreading quickly across the United States.

The subvariant was first detected in the United States in October, and now represents more than 27 per cent of the country’s infections, according to the CDC’s variant tracker.

Thirty-eight countries have reported XBB.1.5 cases, of which 82 percent are in the US, eight per cent in Britain and two percent in Denmark, the World Health Organisation (WHO) said in a rapid risk assessment on Wednesday.

The European Union’s ECDC health agency said this week that XBB.1.5 accounted for less than 2.5 percent of cases in Europe.

The subvariant is very similar to its predecessor XBB.1 but has an additional mutation to its spike protein, the key that allows the virus into the body’s cells, said Grace Roberts, a virologist at Leeds University in Britain.

Maria Van Kerkhove, the WHO’s technical lead on COVID-19, said this week that XBB.1.5 was the most transmissible form of Covid and clearly has a “growth advantage” over other forms of the virus.

The most likely explanation for this advantage is the XBB.1.5’s spike protein mutation, in combination with the already very transmissible XBB, the ECDC said.

XBB.1.5 has a growth advantage over other Omicron variants of 109 percent in North America and 113 percent in Europe, the ECDC added, though it cautioned that these figures came with “significant uncertainty.”

It added that the proportion of XBB.1.5 cases had doubled every nine days in the United States.

But Roberts told AFP “There’s no data to suggest XBB.1.5 is any more harmful, in terms of severe disease and death, than previous variants.”

The WHO is still assessing data on the subject but said XBB.1.5 did not carry any mutations that were known to increase severity.

Omicron’s XBB variants, alongside BQ.1, are the most resistant to antibodies built up from vaccination and previous infections, according to the WHO.

A study published in the journal Cell last month found that XBB.1 is 63 times less likely to be neutralised by existing antibodies than the BA.2 subvariant.

It is also 49 times more resistant than the BA.4 and BA.5 subvariants, which are currently dominant in the UK and numerous other countries.

Roberts pointed to a recent preprint study, which has not been peer-reviewed, that suggests XBB.1.5 has a similar antibody resistance to XBB.1 but is more transmissible.

But it is “important to remember that antibodies are only one part of our immune systems,” she added.

That is because “the spike protein of the BA.5 bivalent more closely resembles XBB.1.5 than the Wuhan ancestral spike,” Topol wrote on Substack this week.

Roberts said there was “no cause to panic” about XBB.1.5. “I don’t think we need to take any drastic action at present,” she said, adding that it remained important for countries to monitor the subvariant’s progress.

The ECDC said the rapid growth of XBB.1.5 in the United States did not necessarily mean it would become dominant in Europe because of “major differences in variant circulation” between the two regions throughout the pandemic.

Topol said it was “good news” that hospital admissions among the elderly had mostly started to decline in the American northeast, where XBB.1.5 now accounts for more than 70 percent of cases.

The number of total Covid cases worldwide dropped by nine percent last week compared to the previous seven days, while deaths fell by 12 percent, according to the WHO, following a surge over the holiday period.

The WHO has decided not to name Omicron subvariants after letters of the Greek alphabet.

But people on Twitter have been unofficially giving the various subvariants nicknames based on mythology, with XBB.1.5 dubbed the “Kraken,” Roberts said.

“I personally think this may cause unnecessary concern, especially naming viruses after mythical giant sea creatures!” she added.