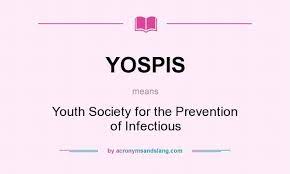 Twenty-five years ago, when some youthful medical students and their social peers started their humanitarian activities out of passion and the desire to impact the lives of young people at the grassroots, not many in the commercial hub of Kano realise it was going to be one of the most vibrant Non-Governmental Organisation (NGO) in the ancient city and beyond.

Exactly two and half decades later, the Youth Society for the Prevention of Infectious Diseases and Social Vices (YOSPIS), stands firm in the realm of development work, touching thousands of lives that transcends ethnic, religious and social status and championing the cause of gender inclusion by appointing its first female executive director, 26-year-old Zainab Nasir Ahmed in August of 2021, after the reign of more than four chief executives of the organisation.

On 25th September 2022, YOSPIS celebrated its 25th year anniversary in Kano state with pomp and glam and the memory of how it all started pervaded the air at the various activities to mark its years of impact, survival, resilience and standards.

“It all started in 1995 as an effort to curb the menace of HIV, Drug Abuse and other social vices among youths in the state,” recalls Dr Aminu Magashi Garba, the maiden Executive Chairman of the organisation who is currently the founder and coordinator of the Africa Health Budget Network, a regional group that uses budget advocacy to influence adequate health spending and improve transparency and accountability.

Magashi who was the Vice President of Nigerian Medical Students Association in 1997/98 felt the need to mobilize young people to engage in sensitizing students on HIV and other vices.

Recounting the groups various engagements and awareness creation on campus, Magashi narrated further, “through that journey, I dived into the Nigeria Medical student association (NMSA) where I became the vice president and met with Tanko Yakasai who is now a medical doctor, together we furthered the quest”.

He reminisced over the tremendous amount of support and goodwill the group gathered within and outside BUK campus.

“The likes of Muhammad Abdullahi Indabawa, Tijjani Tukur Dambazau who at that time were involved in the advocacy of good governance and democracy all gave their support.

“I involved them in the plan of creating HIV clubs in the schools, surprisingly they were also looking for young people to advocate good governance and democracy in Kano state, and advised me to join them”.

“I felt that rather than joining them, why not merge as one, to become a full fledge NGO,” he recounted.

“Together with my friends from Primary school and alumni of Dawakin Tofa, class 1991 chapter who showed interest we formed the Youth society for the prevention of Infectious diseases and social vices (YOSPIS) in September 1997 and expanded the activities outside the campus to become an independent body.”

In an exclusive interview, Dr. Aminu Magashi, who was the brain behind the group’s formation unveiled various achievements and legacies of YOSPIS and said It was an amazing journey to see through the achievements and developments of the enduring non-profit over the years.

He stated that “I could remember vividly in 1997, when we secured the name, we set out to establish the objectives of the four amalgamated groups; the medical student association, the youth advocacy for good governance, primary and secondary groups to fit in

Magashi revealed that the biggest legacy of YOSPIS is the mobilization of young people that they can do it and do it better and establishment of the NGO.

He added that “as young people, it was a great achievement to manage millions of funds without misappropriation

“Everything we did before was voluntary, only money from friends and families we relied on. We began thinking of ways to raise funds and launched our first fundraising event at the central hotel in February 1998.

“The money gathered from it was used to pay a rent of two years at a shopping complex here in Kano, later on, we secured funds from UNICEF, World Banks, and politicians, to keep YOSPIS going,” He recalled with nostalgia.

The organisation has set the pace for other young people to create their NGO in Kano, this to me is the biggest achievement Magashi concluded.

He lastly advised that people should continue supporting the young people, as they are the leaders of today and tomorrow in order to have a healthier Nation.

Why are state governments refusing counterpart funding to...

Is Nigeria on track to eliminate hepatitis by...

How men became the biggest TB casualties in...

Accelerating political action on AMR based One Health...