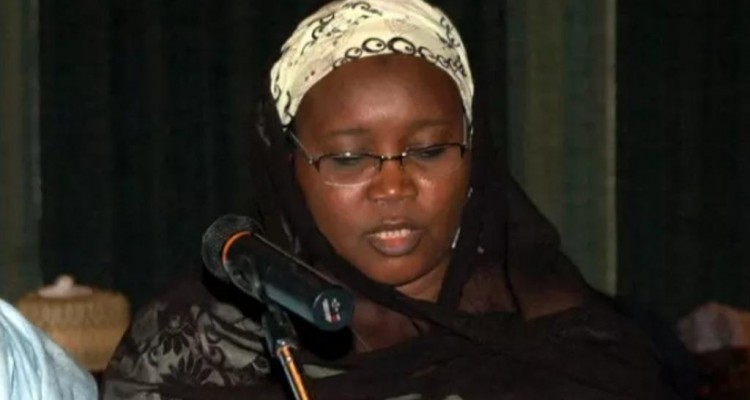 ‎In reaction to criticism following the appointment of Amina Zakari as new acting chairman of Independent National Electoral Commission, some non-government agencies have come up to say the criticisms are against gender equality in Nigeria. A coalition of 13 civil society organizations called on President Muhammadu Buhari to go ahead and tender Amina Zakari for Senate Confirmation as Chairman of Independent National Electoral Commission.

Amina Zakari become INEC’s acting chairman to replace Attahiru Jega in the aftermath of elections this year which brought Buhari to power.  Six other commissioners were penciled to head INEC, but the choice of Zakari raised criticisms which women groups said is baseless, and called on Nigerians to embrace gender inclusion for social development.  The coalition said Zakari’s appointment showed sensitivity to gender equality in a press conference on Tuesday

“Nigerians should do their best to encourage any effort by President Buhari to include women in governance as this is a new era, and globally gender inclusion to improve social development,” said Joy Ezeilo of Women Aids Coalition.

The coalition urged Buhari to “live up to the promise of his manifesto to increase the number of women in positions of authority.”

Auwal Musa Rafsanjani, Executive Director of Civil Society Legislative Advocacy Center, said the change promised by the Buhari administration “cannot be effective without mainstreaming women in leadership, and this is time for the administration to fulfil its promise in involving women in leadership”. The coalition urged for respect for the National Gender Policy, which supports affirmative to get more women involved in governance.