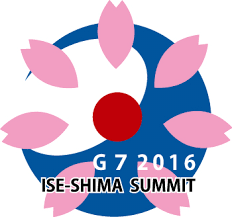 Ahead of the 42nd G7 summit in Japan, 192 organisations from 51 countries have signed the PMNCH letter that was sent to the Japanese Prime Minister Shinzo Abe and his advisor on the G7 (the Sherpa) on the 22nd March to ensure the Ise-Shima G7 becomes a landmark Summit that supports Universal Health Coverage (UHC) so that sexual, reproductive, maternal, newborn, child and adolescent health services reach marginalised and vulnerable populations.

In the letter, dated March 22, 2016, by the representatives of civil society and private organisations working on access to health care from 51 countries, the CSOs congratulated Japanese Government for determining that UHC will be a key focus of the development agenda of the 2016 G7 summit.

“We believe that Japanese presidency of the G7 can build on the G7’s track record of supporting vital global health initiatives: the 2000 Okinawa Summit took an ambitious and far-sighted decision to launch the Global Fund for Malaria, TB and HIV/AIDS and the 2010 G7 launched the Muskoka Initiative, both of which are the international community’s greatest successes in improving global health.”

The letter described prioritizing UHC for the 2016 G7 as a strategic choice given the adoption of the Sustainable Development Goals (SDGs) which include universal access to sexual and reproductive health services and Universal Health Coverage, the Global Strategy for Women’s, Children’s and Adolescents’ Health and the pandemic outbreaks that have exposed the dangers of underfunded and understaffed health systems.

“We know that Universal Health Coverage is needed to deliver health improvements for those marginalized and vulnerable populations that were left behind by the Millennium Development Goals (MDGs).”

The 192 organisations urged Prime Minister Abe to use the Ise-Shima Summit to inspire and galvanize the G7 to provide the political and financial commitments to support and help fund the UHC, to support the proposal for a 2030 Alliance for UH.

“Mr. Prime Minster, the Japanese Presidency of G7 has the opportunity to show the world that, in the new SDG era it is not business as usual, by ensuring the G7 takes a long-term and decisive actions to meet global challenges,” part of the letter read.