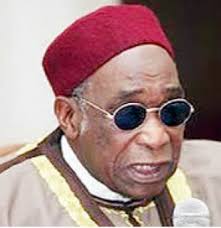 Elder statesman, Alhaji Yusuf Maitama Yusuf has urged governors of the 36 states to emulate Bauchi State Governor, Mohammed Abdullahi Abubakar’s huge investment to the development of health and education sector in the state.

Maitama Sule stated this while conferring an award on the governor in Abuja at the National Convention/Conference of Forum of Former Senators and House of Representatives from First to Fourth republics, headed by Senator Joseph Wayas.

Describing health and education as the heart of human survival, the Dan Masanin Kano noted that the United Nations Educational Scientific and Cultural Organization (UNESCO) has recommended provision of 26 per cent of annual budgets of all developing nations to the development of education sector, saying what governor Abubakar has started in the area of health and education is commendable and urged other governors, especially those from northern states to emulate him.

While accepting the platinum award, governor Abubakar lamented that his administration is only 10 months in office which has been dedicated to restoring decayed institutions that suffered neglect and abuse by the past administration, but is being criticized by those who are used to the former administration’s style of leadership.

He maintained that he remained resolute in his restoration drive, and stressed that the change mantra is working in the state.

The governor explained that he turned down many organizations that approached him to confer awards on him, saying he only accepts awards from credible associations that is made up of people of proven integrity and respect in all parts of the country.

“I consider this award different from others; it shows that whatever we do we are being observed and therefore is a big challenge for us to remain committed and strive double our efforts and do more to improve the lives of our people through the change mantra of our party, the All Progressives Congress, (APC),” he said.

He commended the Members of the Bauchi State House of Assembly for supporting the change and restoration agenda of his administration and pointed out that one of the areas the administration focuses attention to is the area of taxing surface activities of solid mineral resources, harnessing the tourism potentials of the state and revitalizing agriculture.

Governor Abubakar therefore appealed for continued public understanding and support to the administration, and assured the results of the sacrifices.