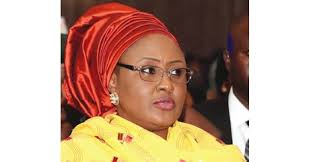 About 2000 patients will benefit from Wife of the President, Aisha Muhammadu Buhari health outreach programme, aimed at providing genotype testing, screening and drugs for sickle cell patients in the state.

Flagging the programme over the week in Katsina, Aisha Buhari said the outreach was borne out of her desire to help the poor and less privileged ones especially women and children affected with the disease.

The President’s wife added that available records, the North West region of the country has the highest number of those affected with sickle cell saying that the program is aimed at creating awareness on preventive measures.

She said: “It is proper for intending suitors to know their genotype before marriage to avoid having children with the disease. We owe it a duty to protect women and children especially as they are the most vulnerable.”

Speaking at the ceremony, the state Deputy Governor, Mannir Yakubu said the state’s Sickle Cell Clinics have registered over 19, 283 patients in Katsina, Daura, Funtua, Malumfashi, Dutsinma and Ingawa, adding that plans have been concluded to screen over 1000 children in various schools.

Earlier the state commissioner of Health, Mariya Bala Usman said shortage of female health workers has affected health delivery in the state as the new administration inherited a weak health sector with a deficit of 1765 personnel.