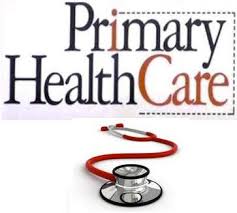 The Minister of State for Health, Dr. Osagie Enahire said the Federal Ministry of Health will build and upgrade at least 10,000 Primary Health Centres (PHCs) across the 774 local government areas of the country.

The minister stated this in Ibadan, at the 50th anniversary reunion dinner party of Government College Ibadan old boys (GCIOBA) Class of 1961.

Dr Osagie Enahire says the launching of the PHCs will bring affordable and quality healthcare to the citizenry, saying the overcrowding at the teaching hospitals and other tertiary health institutions would reduce through the PHCs.

“Despite the huge investment in equipment in the nation’s hospitals, they have not been able to deliver sound healthcare services. As such the federal, state and local governments would collaborate in overseeing the PHCs to reduce the rate Nigerians seek medical treatment abroad,” he said.

Delivering a keynote address titled, “Challenges and Strategy of Healthcare Development in Nigeria,” Dr. Enahire emphasized on the need to give more priority to the preventive, promotional and rehabilitation architectural plan of health care system.

“Preventive aspect plays a big role in checking illnesses as it entails safe water, sanitation, hygiene, nutrition and immunization because poor hygiene, sanitation and supply of water accounts largely for diseases in Nigeria,” he said.

President of GCIOBA Class of 1961, Professor Dele Fawole, said the association had adopted the Agricultural Science Laboratory and completely renovated it at a cost of N2.5million and handed it over to the school.

In his address, Dr Lekan Are, the Chairman of the occasion, commended members of GCIOBA for their contributions to the school and urged them not to relent in doing more.