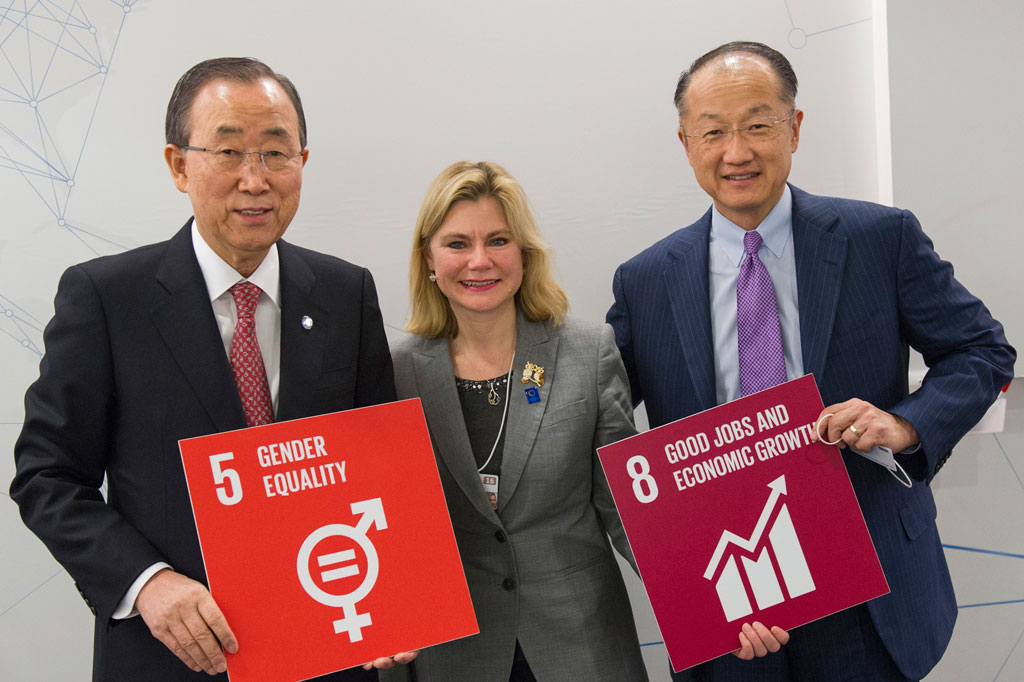 The United Nations has launched the first ever high level panel of eminent experts on Women’s Economic Empowerment, in an effort to close economic gender gaps that persist around the world.

Announcing the Panel, UN Secretary-General, Mr. Ban Ki-moon, said the Panel will highlight the interactions between economic growth and gender to galvanize political will and leadership to implement the Sustainable Development Goals (SDGs).

The Panel Co-Chairs, President of Costa Rica, Mr. Luis Guillermo Solis and Simona Scarpaleggia, CEO of IKEA Switzerland, will be backed by the United Kingdom, the World Bank Group and UN Women.

According to a statement issued in Davos, Switzerland, the Co-Chairs will be joined by the leaders of the International Monetary Fund (IMF), World Bank Group, UN Women and a diverse range of gender equality actors and other stakeholders.

“The Panel will provide recommendations for the implementation of the 2030 Agenda for Sustainable Development to improve economic outcomes for women and promote women’s leadership in driving sustainable and inclusive, environmentally sensitive economic growth.

“It will also provide recommendations for key actions that can be taken by governments, the private sector, the UN system and other stakeholders” the statement added.

“Our new Gender Equality Strategy puts a much sharper focus on economic empowerment. No society, community or economy can achieve its full potential or meet the escalating challenges of the 21st century, until all its people can achieve their potentials,” he said.

On her part, Secretary of United Kingdom Department for International Development (DFID), Justine Greening, said UK is already at the forefront of the effort.

“At the DFID I have put improving the lives of girls and women at the very heart of our work and Britain is successfully leading the fight against Female Genital Mutilation (FGM) and child marriage, as well as getting girls into school and women into jobs,” Greening said.

Health Reporters gathered that the Panel will have its inaugural meeting during the 60th session of the Commission on the Status of Women at the United Nations in March 2016, while the Panel’s first report with action-oriented recommendations will be issued in September 2016.