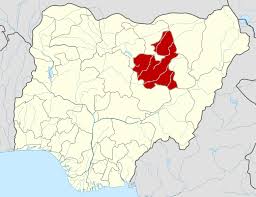 Dr. Gital stated this on Thursday when he was inaugurating the new Maternal and Peri-natal Death Surveillance Response (MPDSR) and Technical Working Group (TWG) Committee at the Specialist Hospital conference hall in Bauchi.

The statistic released shows 97 maternal mortality cases with the highest cases recorded at the General Hospital Azare, Misau and Toro local government areas of the state in the first three months of the MPDSR TWG operation from August to October 2015.

He explained that the deaths were only that of secondary health facilities in the State added that,

“There is no reason why a woman should die while giving birth in the state. Our budget captured life saving drugs for pregnant women and the five point health agenda of the state Governor including the under five free treatment”.

The permanent secretary emphasized that once the budget is passed, maternal and

Peri-natal deaths will certainly be reduced to the barest minimum.

Earlier speaking, the National Adviser of Evidence for Action (E4A) Oko Igado who explained that, the aim of the meeting is to review and suggest ways to improve running of the MPDSR process in health facilities said, the State Government and Health staff are to use evidence from MPDSR to improve quality of care in the state.

Health Reporters Correspondent reports that, the committee which will be responsible for planning and establishing the mechanism for the MPDSR at state level, make recommendations to the state government on ways to reduce avoidable maternal and peri-natal deaths in the state among others, will be chaired by Dr. Bako Mohammed and comprises of 26 members drawn from different Departments and Agencies of the Health sector while Malam Abdullahi Baba is to serve as the secretary.