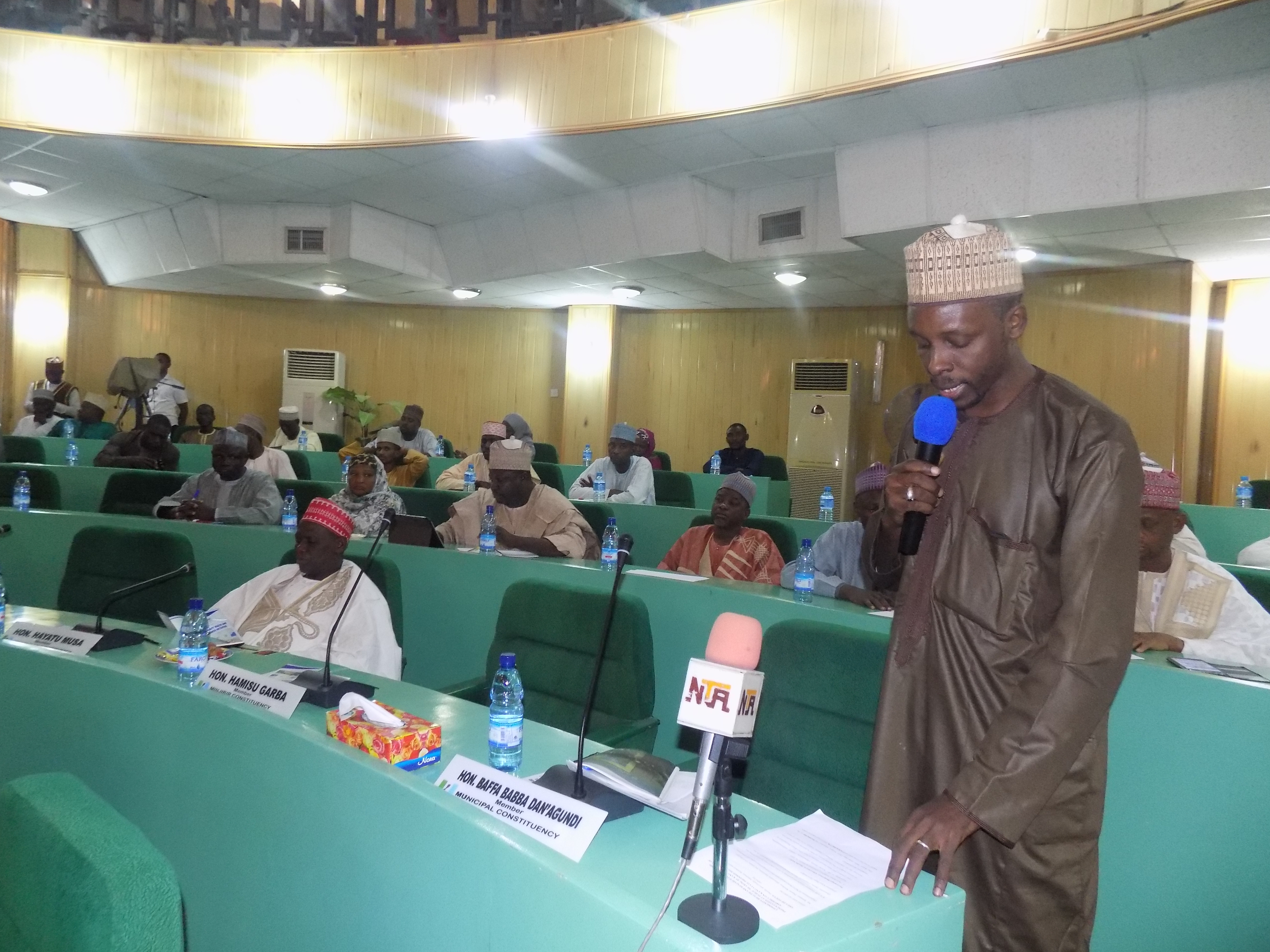 The Community Health and Research Initiative (CHR) participated at the public hearing organised by the Kano State House of Assembly on the proposed 2016 budget presented to the house.

The public hearing which took place at the House of Assembly, aimed at getting inputs and opinion from the people of the state on the budget presented by Governor Dr. Abdullahi Umar Ganduje.

Speaking at the public hearing, CHR representative, Salisu Yusuf made presentation on the upward review of percentage allocated to Health in 2016 in line with 2001 Abuja declaration by African heads of Government, to allocate 15 per cent their budget to health, review of Tripartite Agreement on Routine Immunization following the signing of a tripartite agreement in the form of Memorandum of Understanding (MoU) between the Kano State government, Bill and Melinda Gate Foundation and Dangote Foundation which contains a sharing formula for funding Routine Immunization and the upward review of the allocation to Free Maternity services which Kano State has been providing .

Earlier, declaring the public hearing open, the Speaker, Alhaji Kabiru Alhasan Rurum said contributions from members of the public in March 2013 has made impact and added credibility to the House which also shows that the House carried people along in its function.

The speaker reiterated that their doors are always open for constructive criticism added that, views will be considered with utmost respect by the House Committee on Appropriation.

On CHR submission, the speaker appreciated the presentation which he described as direct and precise. He also indicated that the upward review will be looked into on the tripartite MoU and other health related issues.

Health Reporters correspondents reports that over twenty submissions were made by members of Civil Society Organisations (CSO’s) which includes; Community Health and Research Initiative (CHR), Partnership for the Promotion of Maternal and Child Health in Kano State (PPMCH), and Professor Garba Ibrahim Sheka of Bayero University, Kano among others.