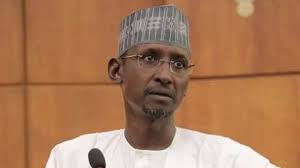 The Abuja Environmental Protection Council Board (AEPB) has locked up the gates to the National Hospital Abuja (NHA) over N7.7 million the hospital owed the board.

Chairman of FCT Ministerial Special Task Force on Recovery of Debts owed AEPB, Mr. Shehu Lawan, said the hospital owed the board N7,776,800 as at June 2016.

Lawan explained that AEPB provided three account numbers with GT Bank, Diamond Bank and UBA to its clients to be paying their monthly fees, but that the hospital defaulted.

He disclosed that the FCT Minister, Malam Muhammad Musa Bello, constituted the task force to recover more than N9 billion owed AEPB by various ministries, departments and agencies as well as private and corporate bodies resident in the FCT.

According to him, the board obtained three court summons against the hospital, but that the NHA failed to comply.

Reacting to the incident, the hospital spokesperson Dr. Adetayo Haastrup, described the situation as a rude shock, a national embarrassment and an inhuman act considering the health services rendered by the facility.

Dr. Haastrup confirmed that the AEPB told the hospital management that the board had a court injunction to recover the debts

The spokesman also said that the hospital only received the paper for payment or bill of the said amount in June.

“The FHA had made series of attempts to pay up the bill, but the accounts kept bouncing and the hospital management had explained that challenges to the board,” he said.

According to him, in the event of any indebtedness by any agency, AEPB ought to give room for bargaining with the indebted party before resorting to the ‘seal-off’’ option.