‘Africa has sufficient groundwater to face 5-year of drought’ 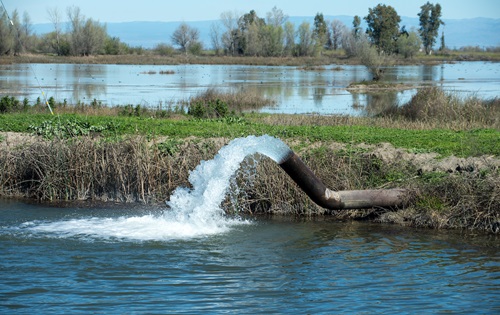 New research has revealed that there is enough groundwater for most African countries to survive at least five years of drought and another 50 years.

The study, ‘Groundwater: The World’s Neglected Defence Against Climate Change,’ was released by WaterAid and British Global Research (BGS) as Heads of State meet at the World Water Forum in Senegal, West Africa.

It showed that groundwater, which exists almost everywhere underground, in gaps within soil, sand and rock, has the potential to save hundreds of thousands of lives and be the world’s insurance policy against climate change.

“WaterAid and BGS produced a series of maps which chart current access to drinking water across Africa and drought resilience based on potential useable groundwater at national level.

“It reveals that most countries in Africa have sufficient groundwater for people to not only survive but thrive – in some cases for more than 50 years.

“This includes Ethiopia and Madagascar – where only around half the population have clean water close to home – and large parts of Mali, Niger and Nigeria.

“Every African country south of the Sahara could supply 130 litres of drinking water per capita per day from groundwater without using more than 25 per cent of the long-term average recharge and most less than 10 per cent.

“This means groundwater could provide a buffer against climate change for many years to come, even in the unlikely event that it doesn’t rain.

The study, however, noted that gross under-investment in services to get the water out of the ground and to those who need it most and untapped or poorly managed resources means millions of people would starve.

Tim Wainwright, Chief Executive of WaterAid in the UK, said: “Our findings debunk the myth that Africa is running out of water. But the tragedy is that millions of people on the continent still do not have enough clean water to drink.

“There are vast reserves of water right under people’s feet, many of which are replenished every year by rainfall and other surface water, but they can’t access it because services are chronically underfunded.

“Tapping into groundwater would ensure millions have access to safe, clean water no matter what the climate crisis throws at them.”

Evelyn Mere, WaterAid Nigeria Country Director said: “The potential of groundwater can only be realised if we overcome the complex global problems around accessing it.

“Groundwater is an invisible resource, so tapping it, particularly in places where it is harder to get to, relies on knowledge about the geology beneath our feet.

“The quantity and quality of the groundwater also varies, and in some areas, we simply don’t know how much there is or its suitability.”

Mere said it was difficult to find suitable locations to drill boreholes in parts of Enugu State in Nigeria because the underground rocks were made mainly of clay, which doesn’t hold much water.

“This means you need to search for areas where the rock does hold water, like sandstone. But such exploration is expensive.

“Pockets of shallow groundwater in Enugu can also be contaminated and only available for part of the year. By contrast, it is much easier to find suitable locations to drill boreholes in Jigawa State, Nigeria, as the rocks underground store large quantities of water.”

Changing the childhood TB narrative in Nigeria; a concerted response from all stakeholders