Changing the childhood TB narrative in Nigeria; a concerted response from all stakeholders 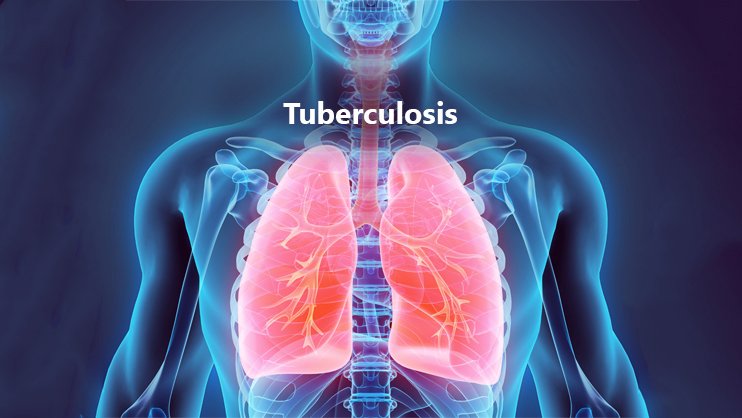 The COVID-19 pandemic presents a huge threat to Nigeria where millions are vulnerable due to tuberculosis, HIV and malnutrition. Despite recent advances in the diagnosis of Childhood TB, especially the use of stool, the country currently has the third highest burden of childhood TB globally.

Although Nigeria recorded a remarkable 50 per cent increase in overall TB notification from 138,591 TB cases in 2020 to 207,785 TB cases in 2021, the childhood TB proportion amongst the notified TB cases in 2021 was barely 6 per cent – a far cry from the WHO recommended benchmark of 12 per cent.

Nigeria’s hope of achieving SDG 3 will be mirage if they are not through a concerted effort.

Idoko said the costs of disregarding this issue in human and economic terms cannot be quantified, noting that the federal government should create a platform that should be open for the private sector collaboration, that would have a better standard of care for children with TB in the country.

According to him, GeneXpert is a point-of-care (POC) molecular platform that has changed the landscape in TB diagnosis by providing a test result in less than two hours. It is time for Nigeria to prioritize childhood TB, advocate for addressing the challenges, and grasp the opportunities in its prevention and control.

“GeneXpert allows not only the rapid diagnosis of TB but also whether it is a strain that is resistant to common treatments.

“Crucially for children, this innovative diagnostic tool can diagnose both sputum and non-sputum samples, including stool reliably. Fast diagnosis enables rapid treatment initiation, decreasing the risk of disease transmission and improving the likelihood of treatment success,” he explained.

He underscored that TB in children is commonly neglected because it is difficult to diagnose, so the scale of the problem is often underestimated.

“Children are also less likely to pose an infection risk to others, maybe this is why they are being neglected in the country, so where resources are scarce childhood TB is simply not the priority. But, if we don’t test, we will not know,” he said.

According to him, the International Organization for Migration (IOM) has said TB testing is a requisite for those who intend to study or work in the United Kingdom and other parts of Europe, TB testing in children must be prioritized and funds channeled towards addressing this silent killer.

Some Nutrition experts noted that TB is complicated to diagnose in children because it can be difficult for them to cough hard enough to produce the sputum needed for most common diagnostics and very young children cannot cough on demand so accurate diagnosis of TB in children is a major challenge not particular to Nigeria, and childhood TB often manifests with too few bacteria, noting that to test children for TB needs to be extremely sensitive to detect them across the country.

They noted that childhood TB contributes significantly to the burden of disease and represents the failure to control transmission in any community while noting that malnutrition can lead to secondary immunodeficiency that increases the host’s susceptibility to infection.

In patients with tuberculosis, it leads to a reduction in appetite, nutrient malabsorption, micronutrient malabsorption, and altered metabolism leading to waste. They said that undernutrition is the leading population-level risk factor for TB, including childhood TB, which is associated with increased TB incidence, increased severity, worse treatment outcomes, and increased mortality.

They, however, called on relevant agencies to scale up on the country’s nutritional supplementation that would represent a novel approach for fast recovery in childhood TB patients. In addition, raising the nutritional status of the population may prove to be an effective measure to control childhood TB in the country.

According to her, the Government with the support of partners have designed specific interventions for these special populations, such as TB screening in communities, schools, and immunization clinics.

She disclosed that diagnosis and treatment of children are free and IHVN also supports their transportation for this.

Meanwhile, Director and National Coordinator, NTBLCP, Dr. Chukwuma Anyaike, acknowledged that childhood TB is a problem but the NTBLCP, in collaboration with its partners, has taken proactive steps in the country.

Anyaike said those steps are in collaboration with the Reproductive, Maternal, Newborn, Child, and Adolescent Health plus Nutrition (RMNCAH+N) programs visiting of the child welfare/growth monitoring clinics across the country.

He noted that the stool of any malnourished child in the country is subjected to Genexpert tests, adding that this had yielded good results and the program and partners are planning to this scale up nationally.

The National Coordinator also said that the capacity of pediatricians and medical officers is being built in the country to improve early diagnosis and prompt treatment of childhood TB.

“We are improving clinical diagnosis by the introduction of portable digital chest x-ray machines with artificial intelligence.

“The Global Fund is supporting this with USAID. The drug formulary for the children has been improved,” he outlined.

He, however, disclosed that the program is also collaborating with the National Primary Health Care Development Agency to improve on BCG immunization of children to primarily protect them from TB, Leprosy, and even Buruli ulcers in the country.

He ended by positing that the NTBLCP has good policies, guidelines and interventions in place but called on all stakeholders to redouble their efforts in order for the country to surmount the challenges posed by childhood TB.

‘Africa has sufficient groundwater to face 5-year of drought’