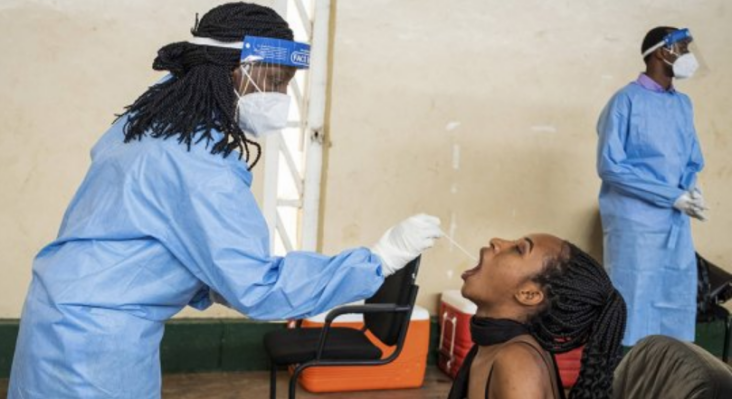 African countries have conducted 100,554,471 COVID-19 tests so far, the Africa Centers for Disease Control and Prevention (Africa CDC) said at a news conference.

The Africa CDC, the specialised healthcare agency of the African Union, said 1,068,624 new tests were reported in the past one week.

“This is an 18 per cent increase from the previous week when 902,042 tests were reported. The cumulative positivity rate is 11.2 per cent and the test per case ratio is 8.9 per cent,” according to the agency.

Five countries, namely South Africa, Morocco, Tunisia, Libya and Egypt accounted for about 60 per cent of all COVID-19 cases reported in Africa.

In terms of the caseload, southern Africa is the most affected region, followed by the northern and eastern parts of the continent.

Central Africa is the least affected region in the continent, according to the Africa CDC.