Amina Abubakar on “Decline in International Oil Price; Implication to Health and Social sector in Nigeria” 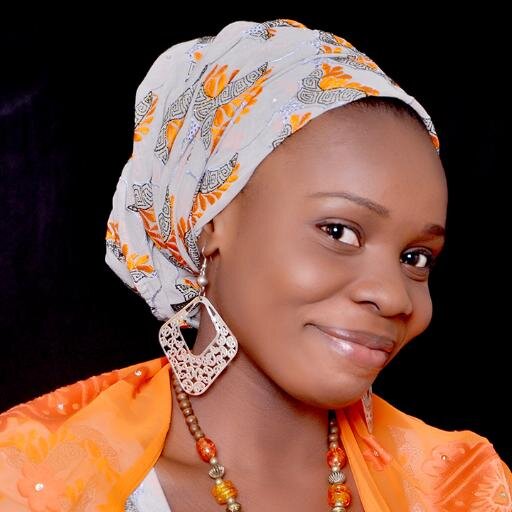 Oil was discovered in Nigeria in 1956 at Oloibiri in the Niger Delta after half a century of exploration. Nigeria joined the ranks of oil producers in 1958 when its first oil field came on stream producing 5,100 barrel per day. While actual production started in 1958. On-shore oil exploration accounts for about 65% of total production and it is found mainly in the swampy areas of the Niger Delta, while the remaining 35% represents offshore production and involves drilling for oil in the deep waters of the continental shelf. Nigeria has proven reserves of about 37 billion barrels of predominantly low sulphur light crude, which at current rate of exploitation could last another 38 years. The intention is to expand the reserves to 45 billion barrels and production capacity to 4 million barrels per day. The massive increase in oil revenue as an aftermath of the Middle-East war of 1973 created unprecedented, unexpected and unplanned wealth for Nigeria.

Nigeria joined the Organization of Petroleum Exporting Countries (OPEC) in 1971 and established the Nigerian National Petroleum Company (NNPC) in 1977; a state owned and controlled company which is a major player in both the upstream and downstream sectors. Over the past fifteen years the oil industry has made a variety of contributions to the Nigerian economy. These have included the creation of employment opportunities; local expenditure on goods and services; contributions to government revenues, to gross domestic product, and to foreign exchange reserves; and the supply of energy to industry and commerce. Oil is a major source of energy in Nigeria and the world in general. Oil being the mainstay of the Nigerian economy plays a vital role in shaping the economic and political destiny of the country.

POTENTIAL REASONS WHY THE DECLINE

A more than 30 % decline in oil prices in recent months has shaken the 12 members of OPEC, for three years OPEC had little trouble keeping oil price in the range of $100 per barrel that many of its member consider satisfactory. Nigeria is also face with the challenge of fall in oil price which arises as a result of over dependence on the fortune of the oil markets and the failed attempts to achieve any mindful economic diversification. Prices have come under pressure as global output of crude oil outstripped demand this year, the recent discovery of oil in Shale United State which is expected to add about one million barrel per day of oil production this year and an additional one million barrel per day in 2015 which is a combination of excess supply and weak demand. Lower prices, on the other hand could be very painful for OPEC producers, who depend heavily on oil revenue.

The implication for government revenue is devastating as it affects budgets and economy. The international decline in oil price is on everyone’s lips these days, politicians talk about their economic objectives, businessmen pride themselves on reducing cost and increasing efficiency, government on improving general standard of the populace. However, many of them have no idea on the implication, economic problem such as inflation, unemployment, inequality, privatization, withdrawal of subsidies, and on the international scene fall in exchange rate and devaluation of currency are possible threat to Nigeria.

Currently the Nigerian economy is under depression characterized by heavy unemployment and a very low consumer demand. As a result most industries are operating on excess capacity, profits have fall, in some cases profits are negative and to install confidence in the future will be very tasking and businessmen will be very unwilling to invest. More so, nearly 95% of Nigerians are traveling to destination in southeast Asia and India for medical treatment according to Mckinsey with others because the Nigerians hospitals cannot carry out very serious medical procedure due to lack of improve technology. This implies that there is need to stabilize the exchange rate as it is central to economic development and growth. Furthermore, the implication of the current fall in oil price is the pattern of expenditure, large proportion of government spending is on recurrent expenditure particularly the on basic amenities such as food, portable drinking water, power supply, free essential drugs, free maternity drugs and most importantly on National Health Insurance Scheme which aim at increasing subsidies to pay for the premiums of low-income population and to insure against expenditure fluctuation.

From the above analysis, it is concluded that, the Nigerian economy is heavily dependent on the revenue from crude oil export. The improved performance of the oil sector promoted massive inflow into the country. The challenges here are that, the effective utilization of these funds is to safeguard the future of the economy, and this should take into cognizance that, oil is an exhaustible asset which can disappear unlike agriculture. Nigeria is endowed with large fertile agricultural land, river, streams, lakes, forest and grassland, as well as a large active population that can sustain a productive and profitable agricultural sector. This enormous resource base can support a vibrant agricultural sector capable of ensuring self-sufficiency in food and providing raw material for industrial sector, as well as providing gainful employment for teeming population and generating foreign exchange through exports. In spite of the endowments, the sector has continuously produced below its potentials which decreases the Gross Domestic Product (GDP). The effect of the “Dutch disease” on non-oil export is worsened rather than improved by the government policies. There has been no clear vision and emphasis on the non-oil commodities to be exported which will impact negatively on the ability of the government to finance the health sector adequately.