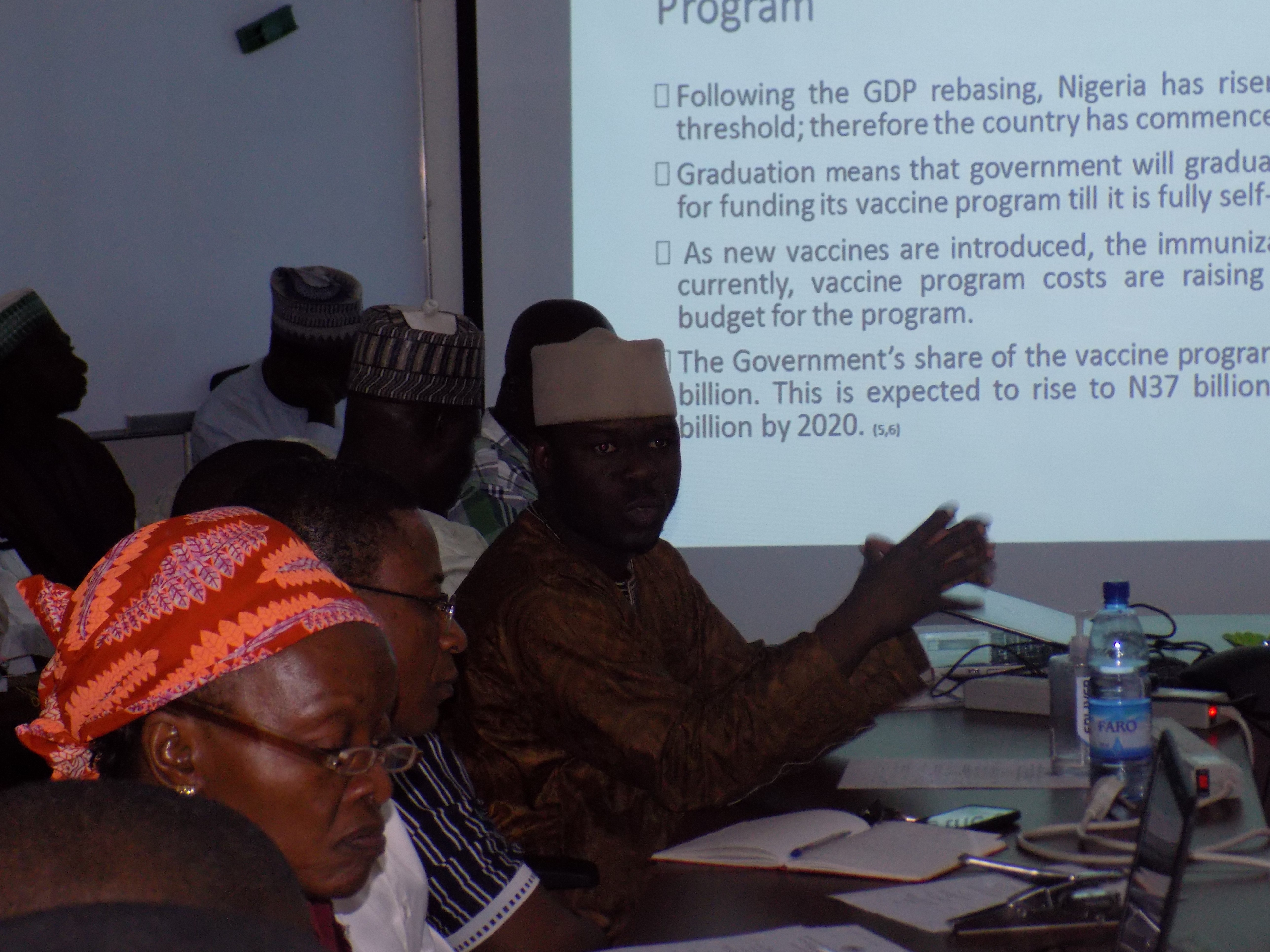 The Policy Rountable was organised by the Bauchi State Government and CHR as part of the African Vaccination Week on Monday 11th of May, 2015 at the Emergency Operation Centre Conference Hall (EOC). The meeting was aimed at presenting to stakeholders Status of Routine Immunization (RI) in Bauchi State before and after June 2014 MOU, the Memorandum of Understanding and to share key messages on vaccines financing for participants to discuss and suggest way forward based on identified gaps especially on vaccine financing.

In his welcome address the Executive Chairman Bauchi State Primary Health Care Development Agency (SPHCDA), Pharmacist Adamu Ibrahim Gamawa recognised the importance of the round table discussion which he said was timely added that the tripartite arrangement (by Dangote Foundation, Bauchi State Government and Bill and Melinda Gates Foundation) has boosted RI program in the state. He then emphasised that it is essential to boast the funding mechanism and develop a sustainability plan to ensure effective results in the RI program.

Three presentations were made and followed by discussion on the following:

The presentations highlighted that Bauchi State is among the poor performing states in terms of immunisation, with less than 15% of children immunised in 2013  however, through the joint collaboration of all partners in Bauchi State, significant improvement has been made in Routine Immunization Service Delivery, some milestone include working to upgrade Bauchi’s vaccine supply chain and sustained LQAs improvement with coverage over 80% in all LGAs for 10 rounds, while challenges of RI in Bauchi are Poor Cold Chain, Inadequate funding,  , poor supervision, poor coverage and low demand.

The discussions highlighted issues on sustainability especially with the gradual withdrawal of GAVI fund, the need for resource mobilisation, need for an advocacy plan, need to look at local production of vaccines and reduce importation. Stakeholders at the meeting included Senior Government Officials, E4A, CHAI, UNICEF, TSHIP, CDC, NGOs and the media

In conclusion, the CHR Executive Director Muhammad Inuwa Shuaib  indicated that Nigeria needs a sustainable mechanism to  payfor her vaccines, a mechanism that is not affected by changing donor priorities or market forces, challenging economic environment, falling oil prices, declining naira, diminishing federal revenue among others, while the State governments, private sectors, foundation as well as philanthropies should contribute to financing vaccines, as the federal government cannot do it alone.