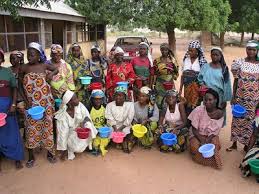 No fewer than 400 VesicoVaginal Fistula (VVF) patients have undergo surgery for rehabilitation at the National Obstetric and Fistula Centre in Ningi local government area of Bauchi state.

The In-charge of the hospital, Dr. Halima Mukkadas stated this when she appeared before the state House of Assembly for screening as Commissioner into the state Executive Council.

Dr. Halima said the hospital has recorded over 70 per cent success
rate in all the surgery conducted, saying most of the patients had
unsuccessfully undergone surgery elsewhere before coming to the
hospital.

“We are happy to be playing a vital role towards ensuring that women with VVF cases are treated and reconcile back into their communities.
It is my prayer that in 2016, we shall be able to consolidate on our
achievements of the previous year and even achieve greater successes in the North East sub-region and the country at large,” she said.

The commissioner-designate added that apart from rehabilitation, the centre also trains patients on skill acquisition to empower them for self reliance.

The Gynecologists Consultant was among the fifteen nominees screened by the Assembly for appointment into cabinet of Governor Muhammad Abdullahi Abubakar.