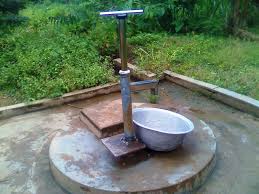 Bauchi State Government in collaboration with the United Nation’s Children Emergency Fund (UNICEF) have constructed over 300 hand pump boreholes in 300 communities of Shira and Toro local governments areas of the state.

The governor urged people in the state to embrace hygiene in their respective localities‎ with a view to avoid the transmission of diseases especially during hot season.

Represented by his Deputy, Nuhu Gidado, he said water and sanitation are among the sixth priority areas of their administration.‎

According to him, the All Progressive Congress (APC) administration had paid it is counterpart funding for water supply and other projects to donor agencies assuring that all policies and programmes related to water supply will be fully implemented in the state.

Also speaking, representative of UNICEF Bauchi field office, Dr. Danjuma Almustapha said Bauchi as one of the beneficiaries of the UNICEF’s funded Sanitation, Hygiene and Water in Nigeria (SHAWN) project has done a lot in accelerating access to sanitation and water supply in rural areas which has reduced water related diseases.

He reveled that the SHAWN project is being implemented in eight local government areas of Dass, Gamawa, Warji, Toro, Shira, Bogoro, Ganjuwa and Zaki.

He said the project has recorded tremendous successes as it provided 1,652 hands pump boreholes and 34 motorized powered schemes which helped over 700,000 people and 30,000 school children in 42 schools to have access to safe drinking water and improved hygiene.

Earlier In his address, the General Manager of the state Rural Water Supply and Sanitation Agency (RUWASSA), Engineer ‎Garba Magaji assured all stakeholders on his agency’s commitment to all water and sanitation projects in the state.

He commended the Bauchi State government and development partners like the UNICEP and DFID for their support in providing the needed assistance to various agencies in the state to carry out developmental projects.