Bird flu: Commissioner urges poultry farmers in A’Ibom to be on alert 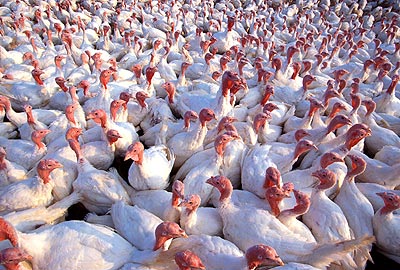 Mr Godwin Afangideh, the Akwa Ibom Commissioner for Agriculture and Natural Resources, has urged poultry farmers in the state to be on alert to prevent the outbreak of bird flu. Afangideh made the call in an interview with the News Agency of Nigeria (NAN) in Uyo on Sunday.

He said it had become necessary for poultry farmers in the state to be vigilant since the disease was present in two neighbouring states of Cross River and Rivers. NAN recalls that the Minister of Agriculture and Rural Development, Dr Akinwunmi Adesina, last week, confirmed the outbreak of the disease in seven states, including Delta, Plateau, Ogun and Lagos.

He said that the ministry had sensitized poultry farmers in the state on the need to monitor their farms, keep them clean and cross-check current sources of their chicks.

“Bird flu disease is not here in Akwa Ibom State; but if it occurs, we will be able to handle. We are prepared for any eventuality.

“As I am talking to you, we have not heard of any incident but we have sent information to all poultry farmers to be cautious.

“We have made phone calls to all the poultry farmers because we have their data base.’’

The commissioner said further that the ministry officials would meet with farmers and would dispatch a team of experts to visit their farms.