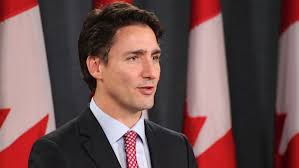 The Prime Minister of Canada, Justin Trudeau, has announced that his country will host the Fifth Replenishment Conference of the Global Fund to Fight AIDS, Tuberculosis and Malaria in Montréal, Québec.

The conference to be held on September 16, 2016 will bring global health leaders together to further mobilize efforts to end the epidemics of three of the world’s most devastating diseases, AIDS, tuberculosis and malaria by 2030.

The Prime Minister also announced that Canada is pledging CAD785 million to the Global Fund for the next three years, a 20 per cent increase from its previous pledge three years ago.

Health Reporters gathered that this investment will make a significant contribution to the ultimate goal of saving an additional 8 million lives and averting an additional 300 million new infections by 2019.

He said: “This is an historic opportunity for Canada and the world. By fast-tracking investments and building global solidarity, we can bring an end to three devastating epidemics, AIDS, tuberculosis and malaria that have tragic and far-reaching impacts on the world’s most vulnerable people.”

The Global Fund expressed gratitude to Canada and Mr. Trudeau, who made the announcement at a town hall event in Ottawa, attended by students from local schools and universities, as well as numerous partners in global health.

Executive Director of the Global Fund, Mark Dybul said by hosting the conference, Canada is demonstrating outstanding leadership in global health and development.

“Prime Minister Trudeau’s insight and the commitment of his government to global partnership and cooperation can translate into saving millions of lives and creating opportunity and prosperity for
countless more,” he said.

According to a statement issued by AIDS Watch Africa (AWA), Prime Minister Trudeau also voiced his support for the Global Fund’s new youth-driven social media campaign ‘End It. For Good’ aimed at action to increase support for the global effort to end AIDS, tuberculosis and malaria.

“Those who get involved in the campaign will have the opportunity to join others who are dedicated to making the world a better place at a concert in Montréal in September,” the statement added.

During the town hall event, Melinda Gates, Co-chair of the Bill & Melinda Gates Foundation, highlighted the need to invest effectively to address the inequality and discrimination that puts adolescent girls and young women at increased risk for infectious diseases, and provide them with more opportunities in life.

Reports indicated that Adolescent girls and young women are disproportionately affected by HIV and currently, more than 7,000 young women and girls are getting infected with HIV every week.

The Global Fund partnership has saved more than 17 million lives, supporting more than 1,000 programs in more than 100 countries where the burden of disease is greatest.

The Global Fund set a target for raising US$13 billion for its next three-year cycle of funding. In addition to saving millions of lives and averting hundreds of millions of new infections, it will lay the groundwork for potential economic gains of up to US$290 billion in the years ahead.