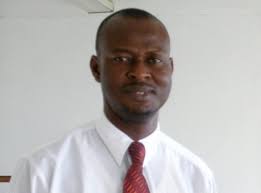 In its effort to eradicate polio across the globe, the World Health Organisation (WHO) has advised laboratory scientists to strictly observe professional ethics in conducting their duties or risk sanctions.

A laboratory polio containment consultant with WHO, Mr. Chinedu Chukwubuike, stated the advice in an interview with newsmen in Owerri.

Dr. Chukwubuike said that any laboratory found operating with substandard equipment must be sanctioned.

The consultant said that Nigeria had been declared polio free in the last two years, but added that there was need for such declaration to be sustained.

According to him, there is likelihood of polio springing up from laboratories where the scientist fails to observe the rules.

He said: “It is highly recommended that those working in laboratories must be fully kitted and after the daily activities, they must not go home with such kits. It is unfortunate that many laboratory scientists do not observe such rule, thereby creating chances of re-occurrence of polio in the country.”

The consultant urged the Association of Medical Laboratory Scientist of Nigeria (AMLSN) to live up to its responsibilities by monitoring activities of its members and save the country from such health challenges.

Chukwubuike said he had been contracted to inspect laboratories in the country, warning that any laboratory that fell short of standard must be sanctioned by relevant agencies.

“I am conducting a laboratory inspection in the five states of the south east, and my duty is to ensure that strict compliance to ethics is kept,” he added.

He urged Nigerians to take immunisation very serious, adding that parents must ensure that every child below the age of five was properly immunised.