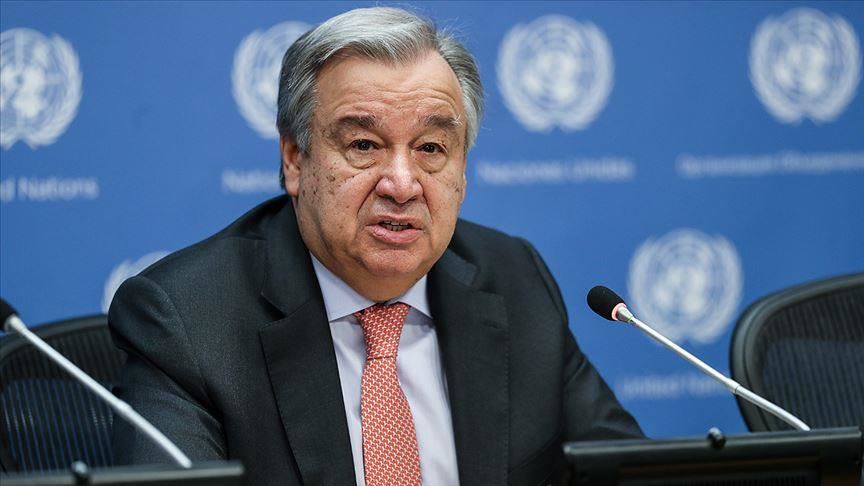 United Nations Secretary-General, António Guterres and other senior UN officials noted that encouraging progress has been made towards ending the COVID-19 pandemic

Rising from in a High-Level event at UN Headquarters in New York on Friday, the UN officials acknowledged that work still needs to be done to ensure the most vulnerable are protected.

Mr. Guterres celebrated rising vaccination coverage worldwide, particularly among high-risk populations, and the fact that, on average, countries have vaccinated around three-quarters of health care workers and older people.

COVID-19 measures are increasingly integrated into routine health programmes, and new antiviral drugs are about to become available.

However, gaps in coverage and protection remain, said Mr, Guterres. There is minimal vaccine booster coverage in all countries, and there are low vaccination rates in poorer countries.

He also warned of a “shadow pandemic” of vaccine hesitancy, and misinformation, that needs to be tackled.

The UN chief also called for testing rates to be drastically improved, and for countries to ensure they are fully prepared for future pandemics. “Making progress towards closing these gaps is what today is all about, declared Mr. Guterres. “It’s time to build political momentum to finish the job on COVID-19.”

Director-General of World Health Organisation (WHO), Tedros Adhanom Ghebreyesus, said the agency has had to deliver many downbeat remarks since the beginning of the pandemic but, at Friday’s event, he was able to send a remarkably positive message.

With so many people vaccinated, and reported deaths from the virus at the lowest levels since the beginning of the pandemic, the international community, he said, has “never been in a better position to end COVID-19 as a global health emergency.”

However, Tedros echoed the concerns raised by Mr. Guterres, and referred to a report, issued on Thursday by the WHO Access to COVID-19 Tools (ACT) Accelerator Council, which revealed that most low and middle-income countries have virtually no access to new antivirals.

Whilst the Accelerator is making progress, providing almost 1.5 billion vaccine doses, and supporting 68 new countries to reach vaccination coverage of at least 40 per cent, much more needs to be done, said Tedros: “we’re not there yet, but the end is in sight.”

The United Nations Children’s Fund (UNICEF), has played a key role in making sure vaccines are administered to those who need it, especially the most vulnerable.

In his opening remarks, Omar Abdi, the UNICEF Deputy Executive-Director, reminded those at the event of some of the achievements of her agency in tackling the health crisis.

These include the administering of more than 12.4 billion doses of COVID-19 vaccines; financing and implementing the largest ultra-cold chain scale-up in history (UNICEF financed and delivered 800 ultra-cold chain freezers to nearly 70 countries in 2021 alone); and shipping over 1.2 billion items of personal protective equipment to protect frontline and healthcare workers and others in 142 countries.

“Step by step, we are making progress,” said Ms. Russell, “but we need to keep up the momentum to protect the world against future surges and new variants. Because as long as coverage continues to be inequitable, the pandemic will continue, and so will the serious risks it poses to children.”

The head of UNICEF drew the audience’s attention to some of the knock-on effects of the pandemic on children who, she said, figure amongst its biggest victims, having faced the devastating impacts on health, education and well-being.

Routine vaccinations for other diseases have been significantly disrupted; Ms. Russell pointed to data from WHO and UNICEF which show that 25 million children did not receive the vaccine against diphtheria, tetanus, and pertussis, a marker for immunization coverage in general in 2021.

“This is the largest, sustained drop in the rates of routine childhood vaccinations in a generation,” she warned, “potentially wiping out 30 years of progress if we don’t get back on track.”