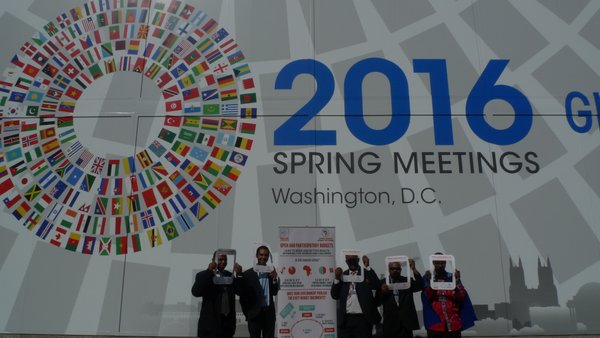 The title of my article was the topic of the session that I humbly moderated on Friday 15th April 2016 during the World Bank/IMF Spring Meeting in Washington DC. The session was also used to mark the international launching of the “Value Our Health’ Campaign of the Africa Health Budget Network. The press statement that was shared with the media that day was captioned “African voices are calling for better health spending for women and children”. There wasn’t a better event to make this call than the World Bank/IMF Meeting that attracted African Ministers of Finance and Ministers of Health.

The press statement called on African governments to take urgent action to increase access to budget information and to provide more opportunity for public engagement in the budgeting process. It has been shown that publishing key budget documents and public participation in the design and implementation of health budgets leads to more and better health spending.

“It has been shown that public participation and open budgets can improve the health of its citizens because those budgets will be more influenced by the priorities of the people who use health services every day. We see from the ‘Panama Papers’ that transparency matters because it’s our money. Imagine what $50bn could provide for Africa if it were not going elsewhere through illicit financial flows. African voices are calling for better spending on women and children. Value our health” said the AHBN Coordinator.

According to the 2015 Open Budget Survey, 13 countries in sub-Saharan Africa provide minimal or no budget information. Only three countries – Malawi, Uganda and South Africa – provide substantial budget information so that their citizens can see what has been spent and the results of these investments. Publishing key documents – many of which are produced, but not made available to the public – help to keep governments accountable for the way they spend public money.

The statement also observed that the voice of the people, through effective participatory processes, must be heard during the formulation and implementation of health budgets. For example, the use of open legislative hearings where the public can testify, and social audits have been shown to engage the public in how their money is spent.

Kenneth Simbaya, Chair of the Union of Tanzanian Press Clubs said: “This is our money and our health. We have a right to see this information and it is a journalist’s responsibility to properly examine expenditure to see if it is fair, sensible and reflects the priorities of the people.”

Kenneth Mugabe, Director of Budgets in the Ugandan Ministry of Finance, said: “Open budgets are critical for improving the delivery of public services such as health.  In Uganda, we have made transparency part and parcel of our budgetary system.  By forming strong partnerships with civil society, we have been able to ensure that information goes out to the broader public and that that the views of the public are fed back into the system.”

Coming back to the panel session that I moderated, 5 speakers had represented diverse groups such as; 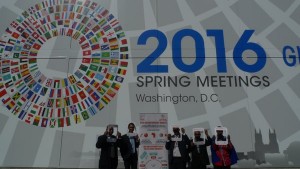 When asked about how to ensure that participation mechanisms are used effectively by CSOs, Julius of Civil Society Budget Advocacy Group, Uganda noted that first CSOs have to be respectful to government officials, both in terms of the language that they use and they must observe appropriate protocol.  They also need to be knowledgeable about the subject matter.  Finally, they must be solution focused and not always be seen to be complaining. Matthew who is the Director of Budget in Ministry of Finance and Economic Development, Sierra Leone was asked about the lessons learned in increasing public participation.  He said that one of the issues was the complexity of the budget documents and that they are not always accessible to citizens. In terms of progress made, however, he noted that the government now publishes a citizen’s budget, they are training parliamentarians on budget reporting and they are investing in researchers to feedback priorities from the districts to parliament.

While the session serves as a catalyst to galvanise actions in Africa. Actions should be intensify at every opportunity when meeting with African leaders one on one or when meeting them at regional and international meetings.

It is imperative to conclude with a comment from the recent Lancet Report which says “based on existing trends, by 2040 nearly half of developing countries still are unlikely to meet international health spending targets to make basic services universally available”. It is time for action.