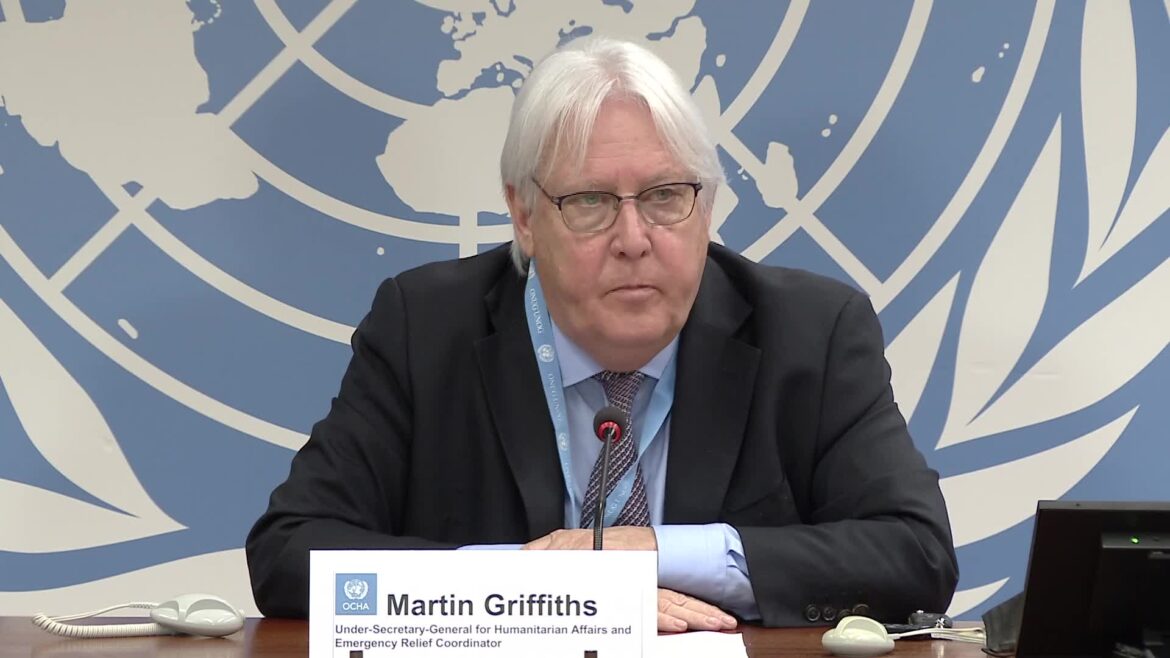 United Nations Humanitarian Affairs chief, Martin Griffiths, on Thursday, said the number of people in need of life-saving aid rose by 10 per cent in 2022.

Griffiths, who is also the Emergency Relief Coordinator, said that around 303 million people living in 69 countries are in need of humanitarian aid and protection.

Comparing 303 million in 2022 with 274 million in 2021 December, a statistic which he described to reporters in Geneva, as “a sad record of human suffering.”

“The number of people we aim to reach through our response plans, 202 million, is also more than 10 per cent higher than what we projected last December.

“Donors have so far generously contributed almost US# 6 billion to our response plans up till now, as recorded by our tracking service,” he said.

But looking at the raw numbers, he said that with the extra funding, humanitarians had just met the rising costs, but barely made a dent in the requirements that we need to address.

“That’s the growing gap problem we are struggling with across the world. It’s real of course it is not just mathematics, and it has consequences for the people we want to help.”

No region is more in need, than the 35 million struggling in the Horn of Africa, Griffiths said, recapping his own mission to Kenya last week.

“After four failed rainy seasons in the Horn, four in a row, more than 18 million people in Ethiopia, Somalia and Kenya are affected by drought.

“Most of them are hungry, not knowing whether they’ll eat that day or not.”

He said he is grateful for all the extra pledges, but now, “we are out of time.”

“We need money urgently to save lives, let alone to invest with governments and communities in efforts to provide them with alternative livelihoods for the months to come.”

In the Sahel region, the situation is similarly dire, he told reporters, saying that millions have been driven to “the fringes of survival.”

Up to 18 million people in the Sahel will face severe food insecurity over the next three months, downtrodden by violence, insecurity, deep poverty, failure of basic services and since the Russian invasion of Ukraine, record-high food prices.

“I saw that directly in Lomopus, a small village of 600 households, the line between the hike in food prices and the absence of food is direct”, he said, adding that in Burkina Faso, Chad, Mali and Niger, the situation has reached alarming levels.

Almost 1.7 million people will experience emergency levels of food insecurity during the lean season between June and August, creating “large gaps” in food consumption and high levels of acute malnutrition and deaths.

59m people displaced within their homelands in 2021 – IOM