Did the Minister of Health rejected Nigeria’s MMR? 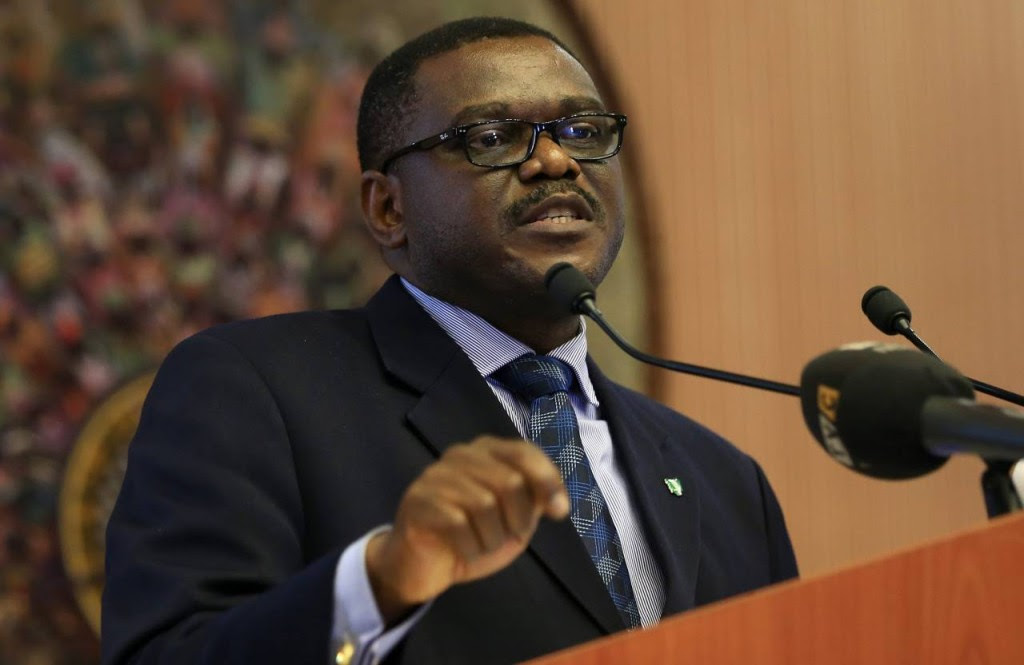 This is rather a shocking question that begs for answer from our own Honourable Minister of Health Professor Onyebuchi Chukwu who reportedly has rejected the current Nigeria’s Maternal Mortality Ratio (MMR) as reported in the 2013 National Demographic Health Survey (NDHS) released by the National Population Commission. I was reviewing an academic essay written by a Nigerian participant as part of the Post Graduate Diploma Course in Research Methodology being managed by Geneva Foundation for Medical Education and Research, a W.H.O collaborating center. One of my comment to his good essay was “why he used the 2008 MMR of 545/100,000 not 2013 figures.” To my bewilderment he told me that “he was in a high level meeting when a director from the Federal Ministry of Health informed the meeting that the Minister of Health Professor Onyebuchi Chukwu has not accepted the new 2013 released figure of 576/100,000 MMR. Upon hearing that I put a call to few others that I believed attended the meeting and actually corroborated that assertion.

I really don’t know whether to laugh or be angry or just be indifferent to this shenanigans by the honourable minister. When has it become the duty of a minister to reject a research findings? Is that part of his job description? And why would he reject just one aspect of the NDHS 2013 findings? Was it because he was until the publication of the NDHS 2013 brandishing that Nigeria’s MMR was 350/100,000 in local and international meetings. The 350/100,000 MMR was reported by the 2012 MDG Survey, a discredited and clandestine exercise done to satisfy political interest which is yet to be published and presented to stakeholders.

Was the minister’s rejection because he faulted the research methodology? Was it a sampling problem or data analysis problem or the tools used to collect the data were not reliable and consistent? Can our honourable minister shed more lights for this unprofessional conduct?

The statutory body responsible for conducting census and demographic surveys is the National Population Commission which does not report to the Minister of Health and had officially on Monday 16th June 2014 in Abuja launched and presented the 2013 NDHS which revealed a lot that is expected to catalyse action from the Minister which rejection or acceptance of findings weren’t supposed to be part of them. The survey reported Nigeria’s MMR as 576 maternal deaths per 100,000 live births which was not significantly different from the ratio reported in the 2008 NDHS of 545/100,000. It has even gone up rather than gone down. It should have created the catalyst for the Minister to call emergency meeting and asks the hard questions “why and what are we doing wrong and what can be done before another NDHS in 2018 to reverse the trend of MMR in Nigeria”.

The Nigeria’s MMR is corroborated by another respected study that was published not too long ago “2013 Estimates by WHO, UNICEF, UNFPA” which pegs Nigeria’s MMR as 560/100,000 which was just slightly different from the NDHS 2013 due to methodological differences.

Why is the Minister only rejecting MMR?  Why not other embarrassing findings like the antenatal coverage for at least one visit which was put at 60.6% and for four or more visits was put at 51.5%. These %s signify that almost half of the women population were disenfranchised and it raises the question of equity in health care. The % of births attended by skilled health personnel was put at 38.1%, it was very poor and a red card for a country that is bless with avalanche of donor funded projects on maternal health and a country boasting of being the largest economy in Africa. Our contraceptive prevalence rate (CPR) was reported as 15%. This is in a contract to country that made a commitment on the 11th of July 2012 at a London Summit on Family Planning pledged to “in addition to its current annual commitment of US$3 million for the procurement of reproductive health commodities, it would provide an additional US$8,350,000 annually over the next four years, making a total of US$33,400,000 and also committed to achieving the goal of a contraceptive prevalence rate (CPR) of 36 percent by 2018. Regrettably the funds for 2013 weren’t released up to the end of last year, as such no commodities were purchased and no distribution. Iam sure the reader can now understand why our indices are poor.

We were in attendance at the recently concluded 3rd W.H.O/PMNCH forum in Johannesburg, South Africa including our own Minister of Health when the world celebrated 10 low and middle-income countries (LMICs) for the significant progress in their efforts to save the lives of women and children. They were reported to have invested in high-impact health interventions such as quality of care at birth, immunization and family planning. They also made significant progress across multiple health-enhancing sectors, including for education, women’s political and economic participation, access to clean water and sanitation, poverty reduction and economic growth.

Our honourable minister the same NDHS 2013 survey has reported that the national average for immunization coverage was 25% as compared with 2008 findings of 23%. It has just increased by 2%. This means only 25% of our targeted children were fully immunized.  2% increase in 5 years is poor considering the billions of naira expended in immunization programmes. Some states were reported to have below 2% immunisation coverage.

These are the issues that are expected to be tackled by our Honourable Minister not rejecting research figures simply because they do not resonate well with his interest.

This article is 1st published in Daily Trust Newspaper by Dr Aminu Magashi. Follow him @HReporters or email him at healthweekly@yahoo.com

Ahead of Kigali Meeting; what lessons for Nigeria?

Can African Leaders deliver on their HIV/AIDS promises?