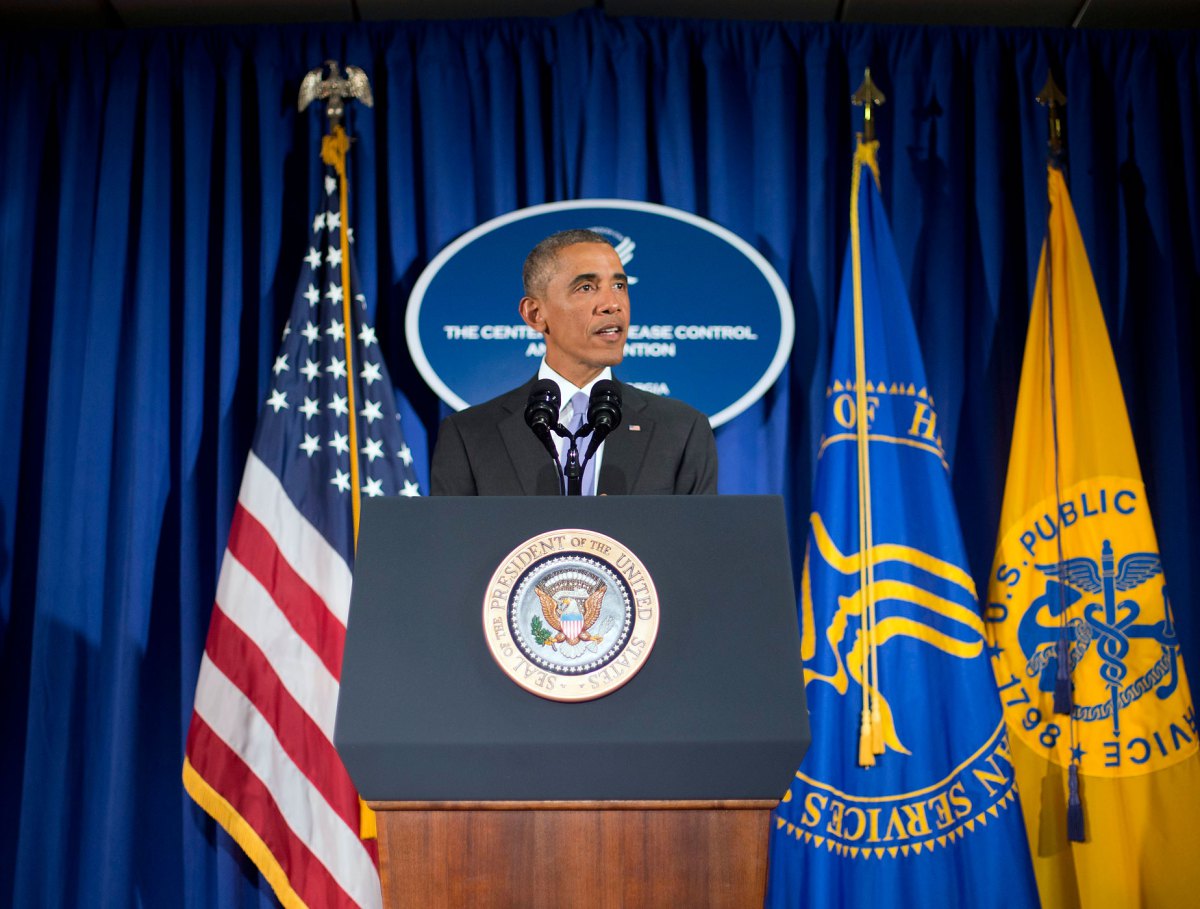 At a press conference at the US Centre for Disease Control and Prevention (CDC) in Atlanta. President Obama unveils plans to curtail the spread of Ebola virus sweeping through West Africa. Health Reporters monitored the conference via CNN on Tuesday 16th September 2014.

He mentioned that the United States has committed to sending a deployment of 3,000 U.S. military forces and over $500 million in defense spending to West Africa. He observed that “faced with this outbreak, the world is looking to us, the United States, and it’s a responsibility that we embrace.” “It’s a potential threat to global security if these countries break down, if their economies break down, if people panic. That has profound effects on all of us, even if we are not directly contracting the disease.”

For the Ebola survivor Dr. Kent Brantly and his wife Amber. Obama thanks “I am grateful to Dr. Brantly and his family for the service he has rendered to people who are a lot less lucky than all of us.”

The WHO has reported 4,963 cases of Ebola and 2,453 deaths in Guinea, Liberia and Sierra Leone. Obama says the U.S. has four central goals: to control the outbreak, address the ripple effect, coordinate a broader global response, and urgently build up a public health system for the countries for the future. “This massive ramp-up of support from the United States is precisely the kind of transformational change we need to get a grip on the outbreak and begin to turn it around,” said Dr. Margaret Chan, the director-general of the World Health Organization in a statement sent to media.

As part of the U.S. effort to combat the outbreak, Department of Defence personnel will offer training and epidemic logistics. At the request of the Liberian government, the U.S. will set up a military command center in Liberia, led by Major General Darryl Williams, commander of our Army forces in Africa. The Pentagon is also poised to deliver 130,000 sets of personal protective equipment and thousands of kits that can be used for disease diagnostics. Africa Command engineers will be constructing several additional treatment facilities and more than 1,000 beds, and will train up to 500 health care workers a week. In his press conference, Obama reiterated that the threat of Ebola spread in the United States is extremely low.

“The reality is that this epidemic is going to get worse before it gets better,” Obama said. “The United States of America intends to do more… We’re going to continue to make sure that the world understands the need for them to step alongside us.”

Did the Minister of Health rejected Nigeria’s MMR?