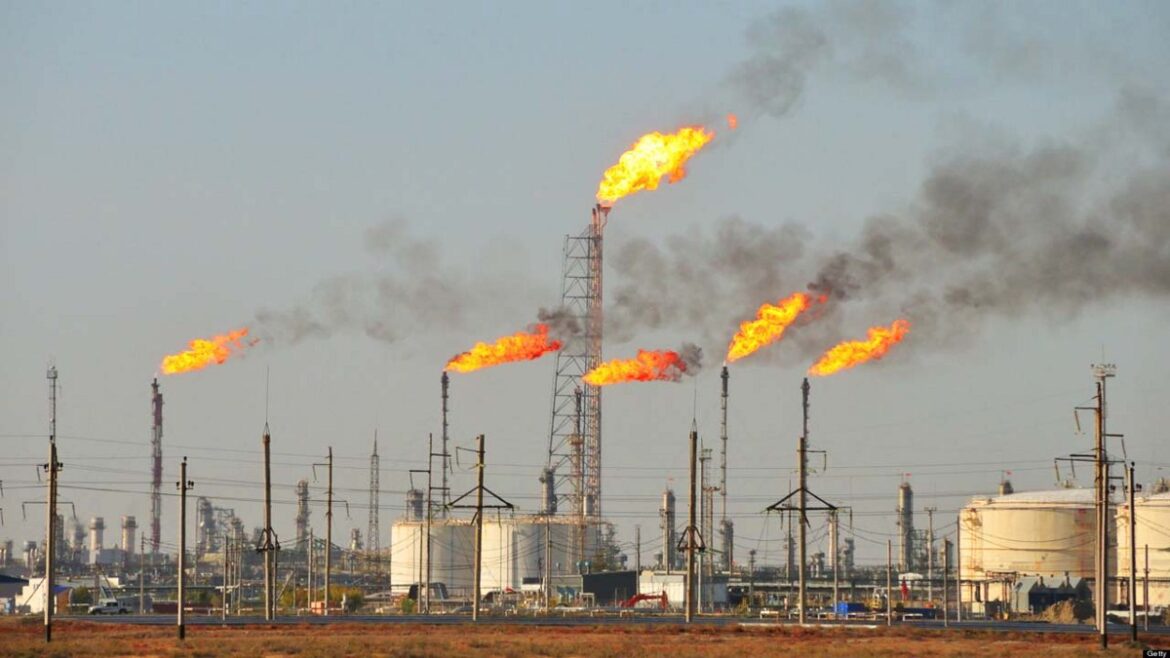 This is contained in a statement accessed from the World Bank website by Health Reporters on Monday.

This had further underscored the urgency to accelerate the decarbonisation of the world’s economies.

It said ten oil-producing and flaring countries accounted for three-quarters of all gas flaring.

According to Demetrios Papathanasiou, Global Director for the Energy and Extractives Global Practice World Bank, climate change is one of the defining development challenges of our time.

“Ending the polluting and wasteful practice of gas flaring and decarbonising oil and gas production, while also accelerating the transition to cleaner energy, is fundamental to mitigating climate change.”

The statement said gas flaring resulted from market and economic constraints and a lack of appropriate regulation and political will.

It also releases 39 million tonnes of CO2 equivalent emissions in the form of methane, and black carbon (soot), contributing significantly to global warming.

The statement said while 2021 showed disappointing progress amid the global pandemic, some promising flaring reduction trends emerged in several countries.

“GGFR finds that the United States is the only one of the top 10 flaring countries to have successfully reduced flare volumes while increasing production over the last decade.

” Decreasing its flaring intensity, the volume of gas flared per barrel of oil produced by 46 per cent. “

It said in a companion report, GGFR examined the flaring and venting policies of 21 countries, and highlighted successful approaches to reducing emissions.

The report finds that many countries had also demonstrated leadership in flare reduction.

It said Kazakhstan had achieved the largest overall flare reduction of all countries in the last 10 years, reducing absolute flaring from four bcm in 2012 to 1.5 bcm in 2021.

This according to the statement is due to strictly enforced regulations, coupled with a domestic gas market that incentivises associated gas recovery.

It said Colombia reduced flaring from one bcm in 2012 to 0.3 bcm in 2021, enabled by domestic gas utilisation and strong regulations that prohibit any gas from being wasted.

According to Zubin Bamji, GGFR’s Programme Manager World Bank, many oil-producing countries already have policies in place to reduce gas flaring and venting, but not all approaches have proven effective.

“Our new regulatory review and analysis will help governments create the right policies for their specific circumstances so routine flaring and venting can come to an end by 2030, which is our collective goal,” he said

It said the World Bank’s GGFR was a trust fund and partnership of governments, oil companies, and multilateral organisations working to end routine gas flaring at oil production sites around the world.

GGFR helps identify solutions to the array of technical, economic and regulatory barriers to flaring reduction.

The partnership also urged ending routine gas flaring and venting by garnering commitments for the Zero Routine Flaring by 2030 initiative (ZRF). To date, 87 governments and companies had endorsed the ZRF initiative.

Health Reporters gathered that Nigeria endorsed the ZRF initiative in 2016.