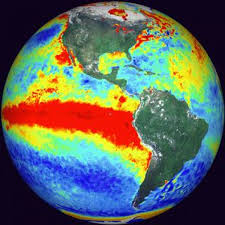 Out of the $3.6 billion required for the humanitarian response to El Niño, the health sector needs nearly $460 million just as the World Health Organization (WHO) requires $51 million to provide urgent healthcare.

El Niño is an oscillation of the ocean-atmosphere system in the tropical Pacific, having important consequences for weather around the globe.

The WHO, in a report on El Niño and Health Funding Requirements, noted that El Niño 2015-2016 is affecting more than 60 million people worldwide, and the health consequences, such as disease outbreaks and malnutrition, are expected to increase throughout 2016.

Funding is required to support activities by Ministries of Health, WHO, Health Cluster and partners to prepare for, and respond to, the health problems of those most affected by El Niño.

These funding figures are taken from individual country plans as well as WHO and interagency Humanitarian Response Plans (HRP) for 2016.

“In total, WHO and Health Cluster partners are seeking USD 185 million to scale up urgent action needed to address the health effects of El Niño’s adverse climate conditions. These figures are framed within the overall government health sector funding requirements of affected countries estimated to be USD 460 million,” a statement from WHO revealed.

Also, the WHO warned that El Niño might increase the spread of mosquitoes-borne diseases such as Zika virus, malaria, yellow fever, and dengue fever.

According to the WHO, El Niño 2015-2016 is affecting more than 60 million people, particularly in eastern and southern Africa, the Horn of Africa, Latin America and the Caribbean, and the Asia-Pacific region.It noted that severe drought and associated food insecurity, flooding, rains, and temperature rises due to El Niño are causing a wide range of health problems, including disease outbreaks, malnutrition, heat stress and respiratory diseases.

The global health body said above-average rainfall caused by El Niño is expected in parts of South America until May 2016, and could cause floods and increases in diseases spread by mosquitoes, including malaria, dengue, chikungunya and the Zika virus.

A recent WHO report on the health consequences of El Niño forecasts a rise in vector-borne diseases, including diseases spread by mosquitoes, in Central and South America, particularly in Ecuador, Peru, Paraguay, Uruguay, Brazil and Argentina. Severe drought, flooding, heavy rains and temperature rises are all known effects of El Niño, a warming of the central to eastern tropical Pacific Ocean.