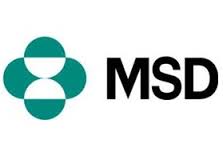 In commemoration of African Vaccination Week 2016, one of the largest pharmaceutical company in the world, MSD Incorporation, has joined the campaign to free Africa from polio.

The American based pharmaceutical company, known as Merck & Co., Inc. in the United States and Canada, has added its voice to the World Health Organization (WHO) campaign to promote the use of vaccines against some of the world’s deadliest disease, and for countries to strengthen immunization services and systems. World Immunization Week, a global awareness campaign launched by WHO in 2012 and commemorated in the last week of April, aims to promote the use of vaccines to help protect people of all ages against disease.

According to statement distributed by African Press Organization (APO), for the second year running, the Close the Immunization Gap campaign will be celebrating the achievements to date with an emphasis on the unmet need amongst adolescents and adult vaccine uptake.

The theme for African Vaccination Week 2016 is “Close the immunization gap. Stay polio free!” (#AVW16) focusing attention on the need to attain universal immunization coverage in the African region.

The theme also marks the celebration of the important polio eradication milestone that has been reached in the African region, and calls on African countries to stay vigilant in the fight against polio, and stay polio free.

Sub-Saharan Africa Director for Policy and Corporate Responsibility at MSD, Farouk Shamas Jiwa said Vaccines are one of the greatest public health success stories in history.

“For more than 100 years, our scientists have been discovering vaccines that have been impacting lives. By helping healthy people stay healthy, vaccines remove a major barrier to human an economic development,” he said.

Jiwa stated that Africa has made several gains beyond increasing reach of immunization, adding some diseases have been eliminated through wide-scale immunisation programmes.

He said: “We must continue to build on the wonderful momentum we have. It will take a collective, collaborative effort involving governments, donors, patient organizations, healthcare professionals, NGOs, multilateral organizations and others in the private sector, to increase access to life-saving vaccines and to strengthen immunization programmes. Preventing disease though vaccination is about securing the future, in particular for African women and girls.

“Our goal is to sustain and improve the quality of life and health of communities and countries across Africa. Our commitment is steadfast as we work to increase access to vaccines now and in the future.”