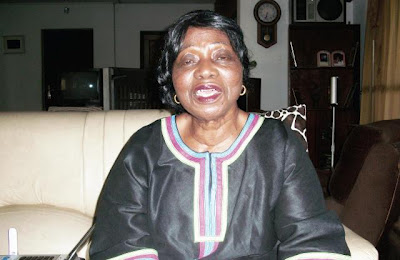 Prof. Adenike Grange, a former Minister of Health, on Monday in Abuja, advocated for community involvement in the elimination of malaria through immunisation of children.
Grange, who is also Chairman, Civil Society Platform on Health, made the call in an interview with news men in Abuja. She observed that various institutions were engage in the fight against malaria but the missing link was lack of community engagement.
Grange observed that community engagement would make them take ownership of their health programme.

She noted that malaria was a leading killer of children and there was need for all stakeholders to work towards eradicating it.

“Malaria per say is a great killer of children, those who survive as we have survived it, is because we have built our immune system against it.
“That is why is so important for us to continue to ask the international community to find the solution to getting our children immunised against malaria.
“As you know the international institutions have taken up the challenge of developing vaccines against malaria but they haven’t quite got the effective one yet,’’ she said.
The former minister explained that infant mortality had dropped by about 40 per cent as a result of child immunisation against many diseases.
“So, if you now add malaria vaccine to it, definitely we will see huge change.
“Luckily for us, international organisations have brought themselves to get funds among themselves so that they now have more funds to help.
“However, we on our part should have a structure that will be able to show that we are using these funds properly,’’ she said.

“Our children should not be dying of diseases that are preventable such as typhoid and diarrhoea, among others, all of these diseases and health conditions are preventable if the vaccines are applied.
“What can we do to promote the vaccines that will help to prevent our children from getting it and how do we bring the community and the religious leaders into it.
“We want the communities to take ownership of their health issues,’’ Ipinmoye said.