Dr Ashikeni told newsmen in an interview in Abuja yesterday that the FCT Minister, Malam Muhammad Bello, gave the approval recently to expand the health care service delivery for the growing population in the territory. 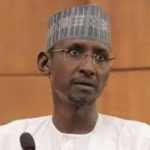 He explained that two Primary Health Care (PHC) facilities would be constructed in each of the six area councils to ensure that FCT residents have access to quality health care.

He said that in 2017, 18 new PHC facilities were added to the existing ones to boost health care delivery. According to him, nine were constructed under the SURE-P programme and another nine provided by Satellite Towns department.

“The recent mapping we carried out in the PHC facilities confirmed to us that many of them need to be attended to, looking at the infrastructure or the service delivery in terms of the human resource component.

“There are gaps we need to address urgently, that is why the minister has graciously approved 12 PHC facilities to be constructed in the six area councils to fill in some gaps. The FCT population is estimated to be five million, there is need to have health facilities that will meet up the health needs of the growing population,” he added.

Ashikeni said that human resources was key to functional primary health care service hence the FCT administration has engaged the services of 50 volunteer midwives under the Save One Million Lives programme. He said also that the midwives have been posted to various health centres across the territory.

The acting executive secretary disclosed that the minister has also given directive to commence the process to adopt 203 additional midwives trained by the Federal Government’s Midwives Service Scheme (MSS).

He said that the essential drugs received under Save One Million Lives programme, have been made available to health facilities in FCT to ensure they were functional.