The United Nations Children’s Fund (UNICEF), is to partner with the Yobe State Government to construct water and sanitation facilities in 336 rural communities in Bursari local government area, in the next five months.

General Manager of the Yobe Rural Water Supply and Sanitation Agency, Alhaji Mohammed Bukar, disclosed this on Tuesday in an interview with newsmen in Damaturu. Alhaji Bukar said the project would be expended through a joint funding by UNICEF, the state government and Bursari LGA. 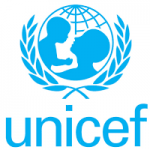 “UNICEF is to provide N649.6 million while the Yobe government will provide N263.8 million and the Bursari local government council will pay N111.3 million to finance the projects. “We have a five months dateline to complete the projects according to UNICEF engagements, they are prepared and looking towards execution of the projects within the specified time frame,” he said.
The Manager said 380 hand pump boreholes, 48 solar powered boreholes and 60 water and sanitation facilities located in various primary schools and health centres would be constructed under the partnership. He expressed confidence that UNICEF, the state and local government would ensure speedy completion of the projects. “At the end of it, we would achieve 90 per cent water needs of the communities in line with the water and sanitation reform programme.

“This partnership has already achieved 90 per cent water and sanitation needs of Nguru and Bade local government areas successfully” he said.

According to the manager, Yobe government expended about N600 million on construction of 20 new boreholes and rehabilitation of 270 motorised boreholes in 2017. “Government in conjunction with development partners have been proactive in providing adequate and safe water, sanitation facilities and waste disposal to avert health crisis especially in the affected communities” he said.