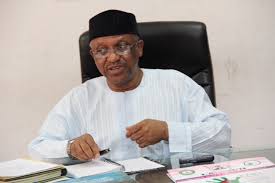 The Federal Government said it will adopt the Private Public Partnership (PPP) arrangement to improve healthcare delivery in the country.

The Minister of State for Health, Dr. Osagie Ehanire, stated this when he visited St. Gerald’s Catholic Hospital, Kakuri, Kaduna, where doctors involved in an accident were treated.

According to statement issued by Director, Media and Public Relations, Federal Ministry of Health, Mrs. Imaobong Udo, the ministry would collaborate with the hospital on accident emergency response and management under the PPP policy.

The statement said the minister thanked the hospital authorities for caring to the victims.

While lamenting the tragic loss, the minister explained that his visit was aimed at seeing what lessons could be drawn from the sad incident to forestall future occurrence.

Dr. Ehanire underscored the urgent need for an Emergency Management Training (EMT) for road safety ambulance teams as well as refresher courses on techniques on safe driving for all drivers.

The statement added that Federal Road Safety Corps (FRSC), Assistant Corps Marshal, Victor Nwokolo, told the minister when he (Ehanire) visited the scene of the mishap that the accident was caused by
expired tyre burst.

Nwokolo said the panicky driver applied the brakes ‘too suddenly’, which affected the tyres.

The Proprietor of the hospital, Dr. Mathew Ndagoso, who was represented by the hospital’s Administrator, Rev. Sister Beatrice Danladi, said the hospital did its best to save the victims but could not achieve much.

The proprietor appealed to government to assist in upgrading the accident and emergency unit of the hospital to guarantee better services to accident victims who were often rushed to the hospital.