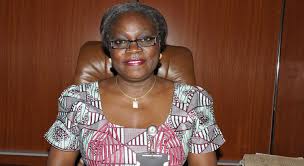 The National Agency for Control of AIDS (NACA) said it will collaborate with stakeholders to re-base the prevalence rate of HIV/AIDS in Nigeria.

Acting Director-General of the agency, Mrs. Yetunde Oni, disclosed this in an interview with News Agency of Nigeria (NAN) in Abuja.

Mrs. Oni explained that stakeholders would come as a team to re-base the prevalence rate of the disease in Nigeria to get rid of prevalence rate that emanated outside NACA which was based on assumption.

She said there was HIV prevalence rate outside NACA which was based on the numbers that was very debatable, adding that the re-base prevalence rate would give an accurate data of the disease.

She added that when people use model based on assumption of population and arrive at an ‘assumed’ prevalence rate; it would put many people at risk.

Oni said NACA would use programmatic data to arrive at accurate prevalence rate of HIV/AIDS in Nigeria.

According to her, from November 2015 to February 2016, 92,000 Nigerians were tested under the Millennium Development Goals (MDG) support programme and have the prevalence rate of 1.3 per cent.

“The National Primary Health Care Development Agency (NPHCDA) had tested over 100,000 women during the maternal and newborn child health weeks and also gets 1.3 per cent HIV prevalence rate,” she said.

Oni added that people are not dying of HIV/AIDS like before, therefore he expressed optimism that Nigeria can suppress the spread of HIV/AIDS by 2030.

He called on the stakeholders to develop a sustainability plan that would end the scourge in the country.

Camara said the plan would assist in getting what is needed to meet the goal and target of the 90-90-90 coverage by 2020, and achieve viral suppression by 2030.

Health Reporters gathered that the 90-90-90 target refers to key steps that are essential to both better health and care for HIV positive people, aimed at ensuring that 90 per cent of all people living with HIV should know their status.