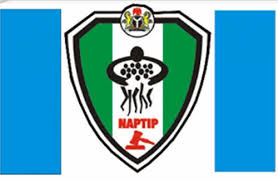 The Federal Government of Nigeria has unveiled the guidelines on the National Referral Mechanism (NRM) for the protection and assistance to trafficked persons.

The Acting Director-General of the National Agency for the Prohibition of Trafficking in Persons (NAPTIP),  said this at the inauguration of the guidelines in Abuja. Dangiri explained that the mechanism would assist care givers and service providers to mobilise resources for the protection and assistance to trafficked persons in the country.

He said that referral of trafficked persons was not novel to the agency in its rehabilitation procedures, but blamed its handicap on the absence of documented guidelines that spelt out such roles and responsibility bearer in the service chain.

According to him, the referral document would assist the agency to coordinate the mobilisation of enormous resources among specialised service providers involved in the protection and assistance services in line with the international standards and best practices.

He further noted that if trafficked persons are not appropriately rehabilitated they would be vulnerable to being trafficked or engaged in other societal vices that are detrimental to the development and peace of the nation.

Alhaji Dangiri commended the United Nation Development Office on Drugs and Crime (UNODC) for funding the completion of the document under its project ‘Promoting Better Management of Migration in Nigeria’.

“The major goal of the referral mechanism is to achieve social inclusion of trafficked persons and enhanced their functional participation in the socio-economic activities of their communities.

Ms. Albertin said that the organisation would not relent in its efforts at ensuring improved service delivery to trafficked persons in Nigeria.

Mr. Nwaeseni decried that a lot of Nigerian under aged children are kept in remand homes, among others, due to lack of facilities describing the situation as pathetic.

However, he appealed to UN agencies to further assist in ensuring provision of facilities to better the lots of the victims, among others, which he said would go a long way to enable trafficked children live a normal and fulfilled lives.