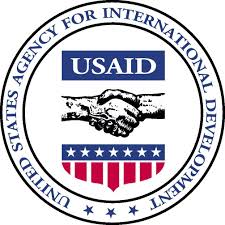 The United States Agency for International Development (USAID) has donated hospital equipment and instruments worth N22 million to Jigawa State Government to improve maternal healthcare in the state.

Speaking at the presentation of the materials, USAID Country Director in Nigeria, Dr. Habib Sadauki, said the gesture was an intervention to control Vesico Vaginal Fistula (VVF).

He expressed hope that the donation would help to reduce the rate of high maternal mortality in the state.

“I believe this donation will help to improve maternal healthcare as well as reduce the case of Fistula among women in the state, which is a maternal health problem that needs to be attended to through prevention and treatment,” he said.

Receiving the items on behalf of the government, the Commissioner for Health, Dr. Abba Zakari, thanked USAID for its kind gesture and promised to make best use of the equipment.

He said that the equipment would assist the government to improve maternal healthcare delivery in the state and as well facilitate the establishment of more Fistula centres.

The commissioner identified early marriage as one of the causes of VVF in the state and pledged to work with the traditional and religious leaders to tackle the menace.