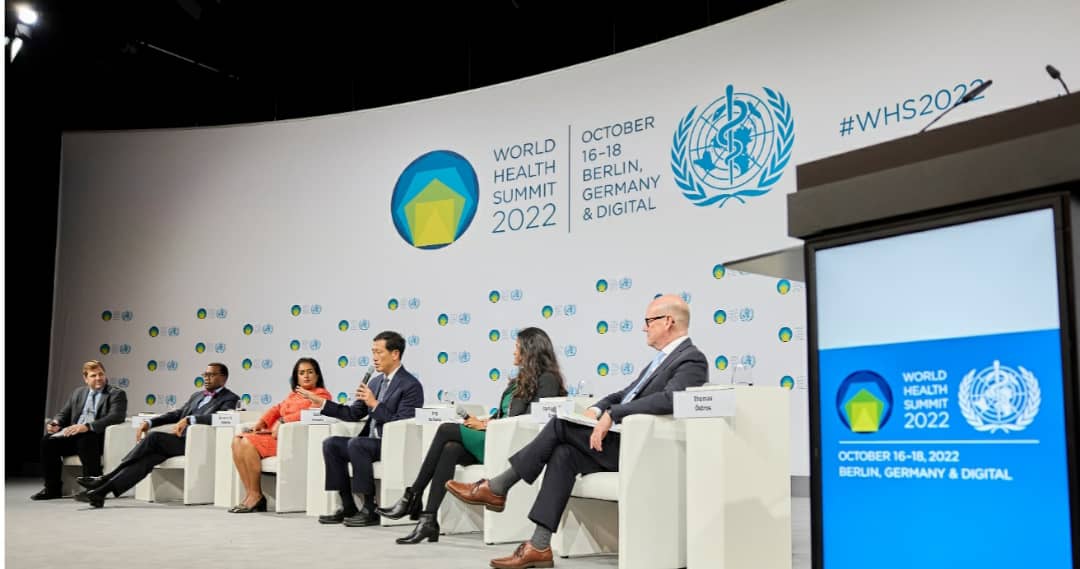 Leaders meeting at the World Health Summit in Berlin on Tuesday, pledged an extra 2.6 billion dollars in funding toward the Global Polio Eradication Initiative’s (GPEI) 2022-2026 Strategy to end polio.

The historic boost came at an event co-hosted by Germany’s Federal Ministry for Economic Cooperation and Development (BMZ), and the funds will support global efforts to overcome the final hurdles to polio eradication.

The Summit is also hosted by France, Senegal and the World Health Organisation (WHO)

WHO in a statement stated, that the extra cash would help fund vaccination for some 370 million children annually over the next five years and continue disease surveillance across 50 countries.

“No place is safe until polio has been eradicated everywhere. As long as the virus still exists somewhere in the world, it can spread – including in our own country.

“We now have a realistic chance to eradicate polio completely, and we want to jointly seize that chance,” Svenja Schulze, Germany’s Minister for Economic Cooperation and Development, said.

However, after just six cases were recorded in 2021, 29 cases have been recorded so far in 2022, including a small number of new detections in southeast Africa linked to a strain originating in Pakistan.

Additionally, outbreaks of polio variants that can emerge in places where not enough people have been immunized – continue to spread across parts of Africa, Asia and Europe, with new outbreaks detected in the United States, Israel and the United Kingdom in recent months.

“The new detections of polio this year in previously polio-free countries is a stark reminder that if we do not deliver our goal of ending polio everywhere, it may resurge globally,” Dr Tedros Ghebreyesus, WHO Director-General, said.

“We are grateful for donors’ new and continued support for eradication, but there is further work to do to fully fund the 2022-2026 Strategy.

“We must remember the significant challenges we have overcome to get this far against polio, stay the course and finish the job once and for all.”

According to him, at a challenging time for countries around the world, governments and partners have stepped forward to demonstrate their collective resolve to eradicate the second human disease ever.

WHO warns of surge in chronic disease cases

Nigerian elected into Board of International Federation of Biomedical Laboratory Science