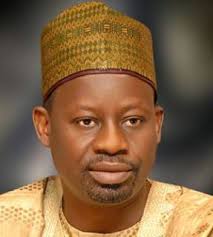 The Chief of Nutrition of UNICEF in Nigeria, Dr. Argan Dewagt, stated this in Gombe during a courtesy call on Governor Ibrahim Dankwambo, saying out of the figure of malnourished children in the state, eight per cent had acute malnutrition.

Dr. Dewagt said 10 per cent of the children were disadvantaged because their mothers were not properly nourished.

He said: “The most critical days are the first 1000 days of a child, but 10 per cent of children in the country are under that category. The most critical moments are during pregnancy, at birth and up to two years after birth. If the nutritional stage is not attained by this period, mortality rate becomes very high.”

Dewagt said Gombe State was also doing very poorly in the area of exclusive breast feeding, whereby mothers give only breast milk to children in the first six months of their life.

“It is important because the breast has all the nutrients needed by a child. The intestines of a child are not strong enough for any other substance. It means that the child will not be able to use any otherm nutrient, even if it is water because their intestines are very vulnerable,” he said.

The chief nutrition officer said few achievements had been made in the state in the area of maternal and newborn health.

Dewagt said that UNICEF wants to prevent severe malnutrition in Gombe state, adding that the organisation would use therapeutic food, which is a very effective and specialised food to treat the ailment.

The UNICEF official said in the last four years, UNICEF picked Gombe, Dukku and Nafada Local Government Areas of the state for the nutrition pilot projects, adding that the programme went round only once in 2015 and could not be held again due to lack of counterpart funding.

Responding, Governor Dankwambo said he would meet with religious leaders, to talk to them to mobilise their disciple on the need and importance of breast feeding.

He also promised to pay the counterpart funds, saying that the visit of the UNICEF officials was timely.