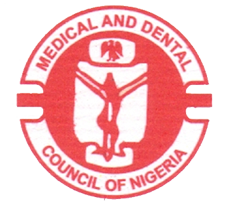 A man identified as Martins Ugwu and a top official of the Nigerian Centre for Disease Control (NCDC) under the Federal Ministry of Health (FMoH) , was arrested on Thursday by the Nigerian Police force for use of fake medical licence. The accused has worked in the FMoH since 2006 under the name of Dr George Davidson Daniel until his arrest, officials told our correspondent. According to allegations against the top official of the FMoH who has worked as a doctor for nearly 10 years on practice licence he allegedly stole from his friend.

The Medical and Dental Council of Nigeria (MDCN) which registers all Nigerian doctors and regulates their practice, called for his arrest after its own investigations uncovered two Dr Daniels—the same name, same year and date of graduation on two separate identity photographs, and had to refer to its register to discover that one had faked its licence and has been in practice with it.

Earlier, the council was petitioned to investigate complaints against Dr George Davidson Daniel who worked at NCDC, but the photo in its database was not Daniel, our correspondent gathered from the lead investigator.

“When we looked at our archives, we discovered there is actually somebody that bears the name Dr George Davidson Daniel but the picture is not the same as was sent to us,” said lead investigator Dr Henry Okwuokenye.
The Daniel under investigation had photocopy of a practice licence and a provisional licence—the first temporary documentation for new doctors valid for only two years—but the unique folio number matched a real Dr Daniel on MDCN files.

“The actual person that bears that name is a doctor doing his residency at teaching hospital in Jos,” said Okwuokenye. Daniel, based in Jos, appeared before the council on invitation, and identified the “doctor” under investigation as his childhood friend Martin Ugwu and the best man at his 2006 wedding. Daniel admitted he had lost his documentation when both men visited an uncle in Abuja on a job hunt but did not report it stolen because he thought he’d misplaced them.
He said Ugwu returned the documents a year later, claiming a Good Samaritan had found them and sent them back.
Investigators believe Ugwu took on Daniel’s name and got employment between the times Daniel’s documents were lost and returned.

Since then, he has being in the Federal Civil Service for nearly 10 years, worked in the heart of the federal ministry of health headquarters in Abuja, under the ministers of health and the head of the NCDC, beating routine civil-service reviews, verifications and assessments and taken his most recent promotion in 2010 that’s placed him on a fast track to director cadre. Photos from our archives captures Ugwu top on a government committee that met more than 200 contingents returning from Liberia, Sierra Leone and Guinea where they had volunteered to help fight Ebola under an African Union mission.

Some online Video footage captured him also while ushering volunteers off their plane at 2.38 am on May 24 as the Ethiopian Airlines flight landed and hurrying them through interviews and onto buses waiting to take them to their hotels. On June 3, when news broke that volunteers were stopped from checking out because their accommodation bills had not been paid, Ugwu as George reportedly turned up at Summit Villa at Life Camp and placed a call to permanent secretary Linus Awute who pleaded with hotel management to let the volunteers go.
“George” had to deposit his identity card with the hotel standing as surety, Premium Times reported on June 3, the same day he told MDCN investigators searching for him that he was away on official assignment in Bayelsa.
In the lead up to his arrest, he had told AIG Medical, Dr Grace Okudo that he was in Minna. On Thursday, he was traced to Summit Villa from where plainclothes police officers invited him for questioning at the Apo Police Division. On the drive to the station, he phoned his friends and brother-in-law that he was being arrested.

“They haven’t told me [the reason] but it cannot be unconnected with the N5 billion fraud I uncovered,” he said on his call to friends and relatives.

He also called his wife, with whom he has five children, sent N150, 000 for her upkeep and told her: “I am not calling you to be worried. It is not a big deal. I’m not a criminal, I didn’t kill anybody. I am talking to you as your husband. You know what is on ground right.” But he calmed when confronted with allegations of working years while impersonating a registered doctor.

His case took another twist hours later when the Medical and Dental Council of Nigeria heard about his immediate release and had to petition the Inspector-General of Police after officers at Apo Police Division. The MDCN said the Police had demanded the real Daniel to report in Abuja, but let go Ugwu go hours after he was arrested on Thursday and before Daniel could physically identify him as a childhood friend and best man at his wedding. Ugwu’s release came after officers at Apo division got calls from the Central Investigations Department, reports alleged.

Afraid at the new development,  Daniel said he was concerned for his safety and well being of his relatives after his friend Ugwu disappeared yesterday after using credentials he stole from him for nearly 10 years. Daniel said he had no idea his medical licence was being used by his friend until the council invited him for questioning.

The council in its report said it was dissatisfied with Apo Police Division’s handling of fake doctors arrested so far. In a letter to the Inspector-General of Police, it cited a previous arrest of a fake doctor arraigned for prosecution, insisting prosecuting police officers have never called the council’s investigators to court as witness while the case stalled in court. The medical and Dental council is currently investigating about 40 quack doctors and will prosecute those found guilty of such crime.