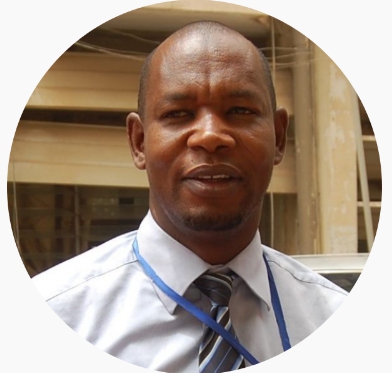 On May 14, 1796, Edward Jenner, a British physician, performed an experiment that revolutionizes public health. He made two small cuts on the arm of an eight-year-old boy, James Phipps, and inserted material taken from a sore on a woman infected with cowpox, a mild disease common to dairy workers.

Six weeks later, Jenner injected the boy with fluid from a smallpox lesion, and James did not contract smallpox. With this experiment, Jenner discovered that inoculation of a person with relatively harmless disease material could protect the person from a more dangerous disease. He called this process “vaccination”, derived from the Latin name for cowpox, vaccine. The above experiment gave birth to development of vaccine and their uses in immunization.

Vaccines are made using several different processes. They may contain live viruses that have been attenuated (weakened or altered so as not to cause illness); inactivated or killed organisms or viruses; inactivated toxins (for bacterial diseases where toxins generated by the bacteria, and not the bacteria themselves, cause illness); or merely segments of the pathogen (this includes both subunit and conjugate vaccines).

Immunization is one of the most successful and cost-effective health interventions ever. It has eradicated small-pox, lowered the global incidence of polio and measles so far by 98% and 60% respectively, and achieved dramatic reductions in illness, disability and death from diphtheria, tetanus, and whooping cough.

In 2003 alone, it was estimated that immunization averted more than 2 million deaths. In no distant future it is expected that the number of available vaccines will double. Immunization services are increasingly used to deliver other important health interventions (such as vitamin A, Anti-helmintic, and anti-malaria), making them a strong pillar of health systems.

However, in spite of its undisputed past success and promising future, immunization remains an unfinished agenda based on the fact that in some regions immunization coverage has increased only marginally since the early 1990s. There are still millions of people who do not benefit from the protection that vaccination provides. They are at risk of life-threatening illness every day. It was estimated that 27 million infants and 40 million pregnant women were not immunized in 2004.

Approximately 2.5 million children under five years of age die every year (that is 5 children every 2 minute) as a result of diseases that can be prevented by vaccination using currently available or new vaccines.

Nigeria is still a beneficiary of the support from Global Alliance for Vaccine and Immunization (GAVI) as such all vaccines under the routine immunization in the country is free for the consumers. However the level of coverage especially in Northern Nigeria is still low, the level are far less than the coverage required to break the chain of transmission of most infectious diseases e.g. Current measles and Penta valent vaccine third dose immunization coverage are 42% and 33% respectively, these are uses to measure national and sub-national coverage.

Therefore, the burden of these preventable childhood killer diseases has consistently remained high leading to morbidity and mortality as well as stretching of already inadequate resources for health (human, materials and financials). This poor uptake and low coverage is happening when the country is benefiting form the GAVI support making the vaccine free, what would happen when the country is transiting in to full funding of immunization where the vaccine may not be free for the consumers.

The low immunization coverage especially in northern part of the country has been attributed to multi-factorial barriers which includes physical barriers (lack of access to health facilities especially in remote hard to reach communities), ignorance (low level of literacy and poor health seeking behavior among community members), religious and cultural misconception (wrong beliefs that vaccines contains family planning substances), as well as attitudes of health workers.

The way forward for addressing these numerous challenges of poor immunization uptake and low coverage would include among others: A rigorous media campaigns for awareness and demand creation on immunization services in both electronic and print media. A comprehensive advocacy to all relevant stake holders at international, national and sub-national for GAVI transition plan and increase funding for immunization.

Advocacy for universal health coverage through provision of at least one primary health care facility per political ward in line with the recommendation of the national health act. Sensitization of religious and traditional leaders on the contents and benefit of immunization. Training and re-training of services providers on effective inter-personal communication and client centered care.

Encourage the continues establishment of joint plat form between government, NGOs and philanthropist such as the Emergency Operation Centers (EOC), a tri-partite agreements for all future immunization program against any disease targeted for eradication.

I think addressing above recommendations would effectively improve the poor immunization coverage which would ultimately accelerate the improvement of the poor child survival indices that serve as a mirror image of the level of socio-economic development of any society or nation.