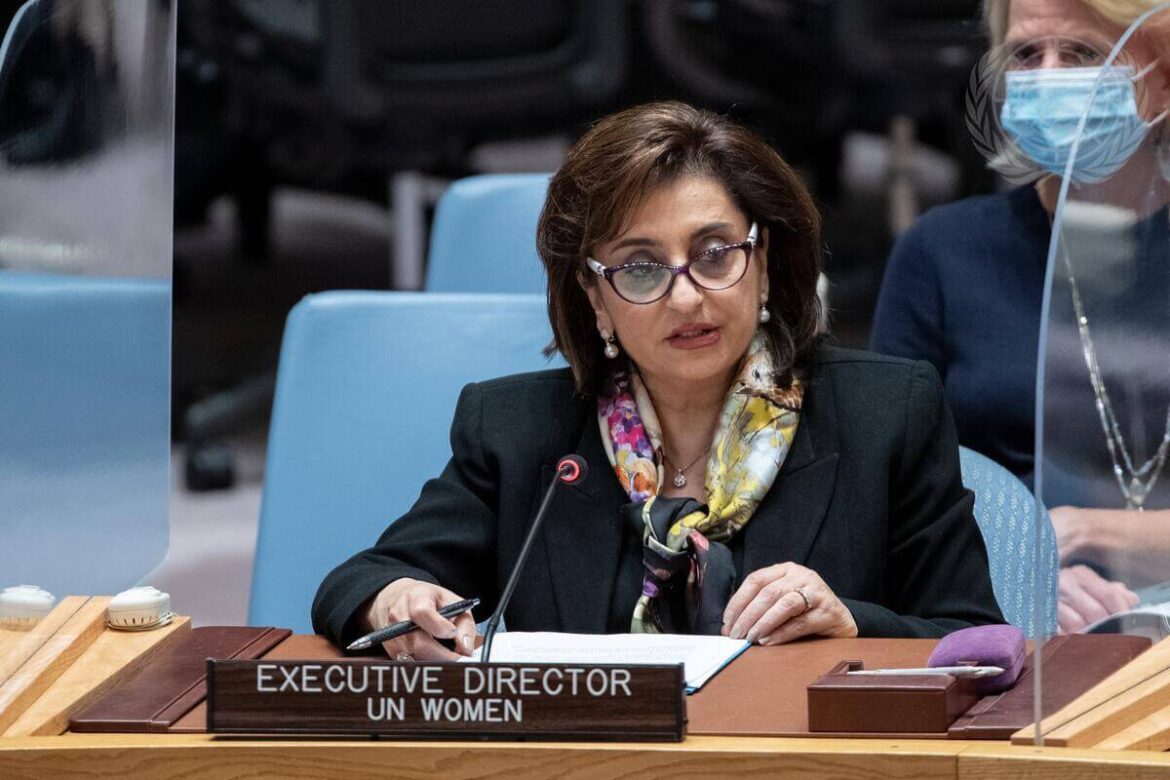 Bahous told Security Council on Tuesday that countries where women were economically marginalised and shut out of the workforce were much more likely to go to war.

“We have an opportunity to do things differently in 2022”, declared Bahous, addressing the Council on 2022 International Women’s Day (IWD).

She recalled the uptick in military spending, military coups, seizures of power by force that followed the onset of the COVID-19 pandemic, erasing gender equality gains that took decades to achieve.

“It is clear to me, more than ever, that we need another model of leadership.”

Describing women’s inclusion in economic recovery as “an essential element” in the pursuit of peace, she said women are more likely to spend their incomes on family needs.

“Women are likely to spend their incomes on family and make a larger contribution to recovery.  Yet, post-conflict reconstruction and investment are still dominated by – and overwhelmingly benefit – men.’’

The UN Women chief explained that patterns of exclusion, discrimination and antiquated gender norms keep women away from employment, land, property, inheritance, credit and technology – a script that plays out across all situations on the Council’s agenda.

She explained that private actors are often part of the problem – not simply in extractive and agribusinesses, but increasingly, in telecommunications platforms that have a major role to play in facilitating inclusion and preventing hate speech and targeted reprisals.

She pressed the Council to use resolutions on the Central African Republic and the Democratic Republic of the Congo, for example, to call for women’s meaningful inclusion not only in peacebuilding, conflict prevention and recovery, but also in decision-making, gender analysis and spending trackers.

In turn, she invited the private sector to play a larger role in the Women’s Peace and Humanitarian Fund, which has supported more than 500 women’s organisations in 26 countries since 2016.

“There is much more that can be done to multiply by five the financing for women’s organisations in crisis settings by 2030, as requested by the Secretary-General,” she assured.