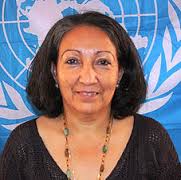 The Government of Japan has extended a grant of $4.5 million, equivalent to N1.4 billion to the United Nations Children’s Fund (UNICEF) for the provision of life-saving emergency work to assist people affected and displaced by the conflict in northeast Nigeria.

According to Press statement from UNICEF’s Media Communications and External Relations Officer, Mr. Geoffrey Njoku, the grant will cover assistance in the provision of water, sanitation and hygiene facilities; health, nutrition and child protection services and education.

Mr. Njoku added that it will focus primarily on assistance for children, with special attention given to populations trying to return to where they lived before they were forced to flee the violence.

“The seven years of conflict in northeast Nigeria, especially in the states of Borno, Yobe and Adamawa, have caused massive human suffering, with children and women bearing the brunt of the difficulties. The conflict has triggered major population movements, with most recent estimates of people displaced by the conflict in the four most severely-affected states at over 1.7 million – more than half of whom are children,” the statement read.

UNICEF Representative in Nigeria, Jean Gough said the people of Japan are strong supporters of UNICEF’s work to help children and women.

“This generous grant will help to make a tangible difference in the lives of children who have suffered so much. It will help them to recover physically and psychologically so that they can be children, can go to school and have a brighter future,” he said.

Our Correspondent reports that with a similar grant last year from the Government of Japan, UNICEF and its partners were able to boost primary health care services for people affected by the conflict in more than 100 health facilities in Borno, Adamawa and Yobe states.

It was gathered that funding from Japan provided more than 65,000 people with clean water and more than 25,000 people with access to safe sanitation. Education was also improved through creating temporary learning spaces for children in camps for the displaced; malnourished children were provided with life-saving treatment.

“The Government of Japan believes that primary education, health and nutrition are some of the basic rights of every child anywhere in the world and in this regard, Japan has and will continue to make efforts to ensure that no child is denied these basic rights, no matter the situation,” Ambassador Extraordinary and Plenipotentiary of Japan to Nigeria, Sadanobu Kusaoke said.