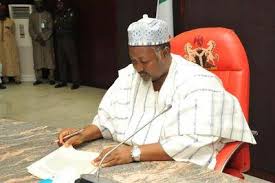 The Jigawa State Government said it would establish 287 Primary Health Care Centres (PHCs) in each of the 287 wards across the 27 Local Government Areas of the state.

The state Commissioner for Health, Dr. Abba Zakari, disclosed this at a workshop organized by the Ministry of Health in Dutse, the state capital.

“The state government is strategizing to provide at least one functional primary healthcare center in each of the 287 political wards in the state in the next few years,” he said.

The commissioner said the administration of Governor Mohammed Badaru Abubakar had in the last one year invested fairly in the health sector.

“In the area of human resource, the state government is sponsoring 60 medical students to China, while nursing students are also being considered,” Dr. Zakari added.