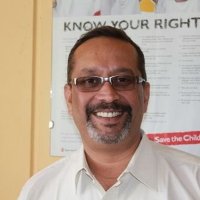 The United Nation Children’s Fund (UNICEF) has sought the support of 23 Local Governments Areas Chairmen in Kaduna State, to tackle the problem of acute malnutrition.

UNICEF’s Chief of Kaduna Field Office, Mr. Utpal Moitra, made the appeal in Kaduna, during a sensitisation meeting with the chairmenwhich focussed on issues relating to nutrition; sanitation, health and water situation in the local communities.

He said that UNICEF in partnership with the state government has stated managing acute malnutrition cases in Zaria Local Government Area.

According to him, the intervention would be extended to Kachia, Kaduna North, Birnin Gwari, Makarfi and Jema’a local government areas in the next two months.

He said that already, the SHAWN project, being implemented in Kachia, Kubau and Chukun LGAs, had recorded huge success.

The UNICEF official said the selected local governments would contribute N500, 000 and N250, 000 monthly for community malnutrition management and the SHAWN projects.

“Malnutrition has remained a major child killer disease in the country and the number of children dying of malnutrition in Kaduna state is unacceptable. You must join the fight against malnutrition in the state.

“We are deploying our expertise as part of our continued support to the government of Kaduna state, but we equally need your support for the effective implementation of these projects in your respective LGAs. This is to ensure that no more children die of malnutrition in Kaduna State.”

Also speaking, the Kaduna State Nutrition Officer, Mrs. Janet Gwani said 912, 822, representing 57 per cent of children under five years in the state, have been stunted due to chronic malnutrition.

Earlier, UNICEF’s Nutrition Specialist, Mrs. Florence Oni, said the state government has committed N37 million to provide Ready to Use Therapeutic Food to about 6, 000 children, who are victims of
malnutrition.

She added that UNICEF, had attracted N37 million from Children Investment Fund Foundation in Britain, to support additional 6, 000 children in the state.

“With these interventions, the state will be able to address 30 percent of the affected children, but there is the need for more investment by the state to effectively arrest the challenge,” she added.

She said that so far, about 300 children suffering from malnutrition in Zaria have been admitted from March 21 to date, to undergo eight weeks management.

The Chairman of the state chapter of Association of Local Governments of Nigeria (ALGON), Malam Abdullahi Abbas, commended UNICEF for the intervention and pledged the local councils’ total support.

On his part, the Commissioner for Local Government, Malam Bashir Saidu, assured that the government would honour its commitments to the successful implementation of the projects.