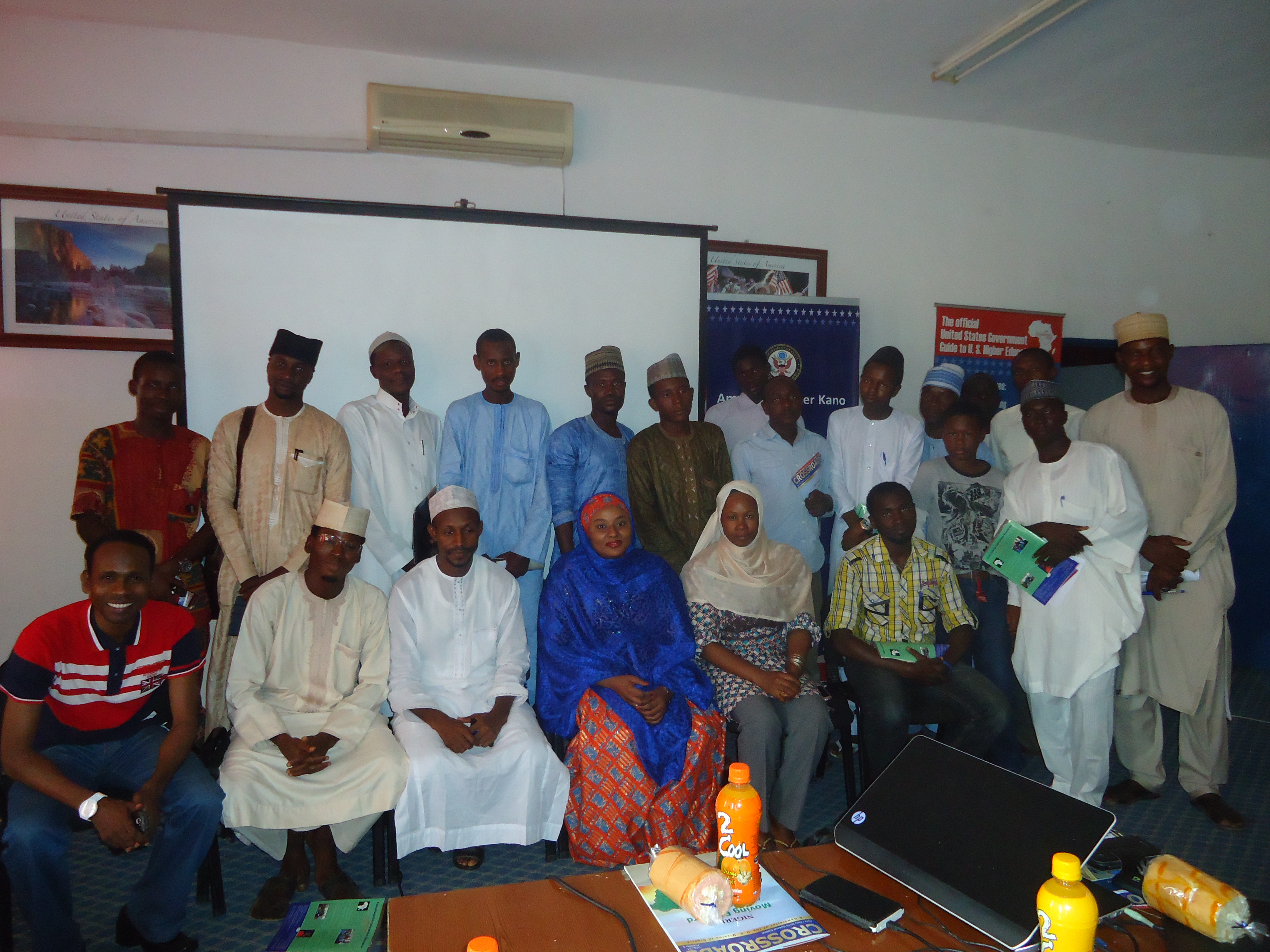 World Population Day held on the 11th of July yearly was celebrated in Kano State at the American Corner Kano Office on Thursday 30th of July 2015. It was a colourful event graced by researchers, geographers, NGOs/ CSOS among others.

The program featured a lead paper presentation by Bilkisu Ado Zango Advocacy Coordinator E4A who explained that the day is an international level awareness campaign being celebrated all over the world to call people in addressing the challenges of population and how to harness it best. It is celebrated to protect and empower youths of both gender like girls and boys, offer detail knowledge about  sexuality, delay marriages till when they are matured to understand their responsibilities, educate youths to avoid unwanted pregnancies by using reasonable and youth friendly measures, educate people to remove the gender stereotypes from society and educate them about the pregnancy related illnesses to raise the public awareness about dangers of early childbirth adding that the theme for 2015 celebration is “Vulnerable Populations in Emergencies”

The presentation also enlightened participants on MamaYe campaign which is a campaign for Africa’s mothers and babies and a call to take action to ensure their survival.

Fiona Lovett a freelance development worker, working on empowering and counselling the less privileged cited examples of a lot of countries whose population are in crisis. People in many countries come to Africa a continent blessed with human and natural resources but however indicated that there is a deficit model that keeps repeating itself in Africa. She then asked the question who is fit to advice Africa?

Malan Nura Mudi who is the American Corner Kano Office Coordinator rounded off the meeting by appreciating the presentation and participants indicated that the doors of American Corner are always open to new ideas and support developmental issues in the country as a whole adding that we have all the resources to make things happen.