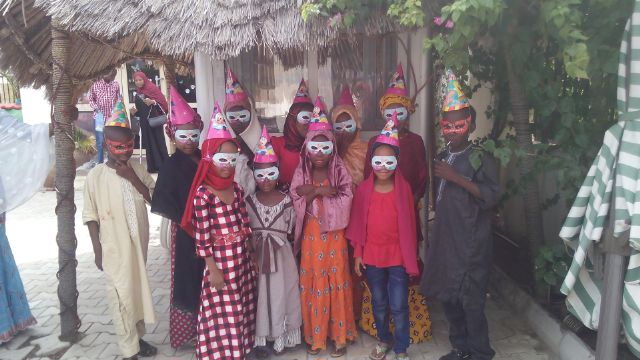 The Sickle Cell Community an organization comprising of persons with sickle cell has organized a kiddies treat with the theme “sickle cell won’t stop me” in Kano State on 2nd August 2015.  The organization is being led by Asmau Ahmad Rufa’i a staff with Community Health and Research Initiative (CHR). Children from age 5 to 12 were brought together in order to sensitize them on sickle cell and how to manage their condition. Two presentations were made which were; 1.  All about Sickle Cell and its limitations 2. How to conquer Sickle Cell

Persons with sickle cell usually live a life of isolation, depression, fear and thinking of being incapable of doing or achieving their ambitions. The kiddies treat focused on these key burdens and made the children understood their condition and how to avoid things that would  make them fall ill, also it showed them role models which are also persons with sickle cell that have become successful in life and made them understood  that sickle cell should not be an excuse for failure. To remove isolation they made new friends which are also like them in order to mingle and share their hearts out. It also made them believe that sickle cell should not make depression part of their lives. They were also advised on how to learn to cope with their pains and be obedient to their parents and caregivers.

The kids spoke out their minds saying that most times they felt sad as they can’t carry out most activities other children can or they are being discouraged that they shouldn’t attempt. The sickle cell community encouraged the children to avoid stressful activities and made reading, writing and playing video games their hobbies. Also they were advised to keep up with daily routine drugs, sleep under mosquito nets and always be hydrated. Presentations and gifts were given to those who answered the quiz questions correctly, they played games such as the talent hunt, swing and took lots of pictures. They admitted they had a lot of fun.