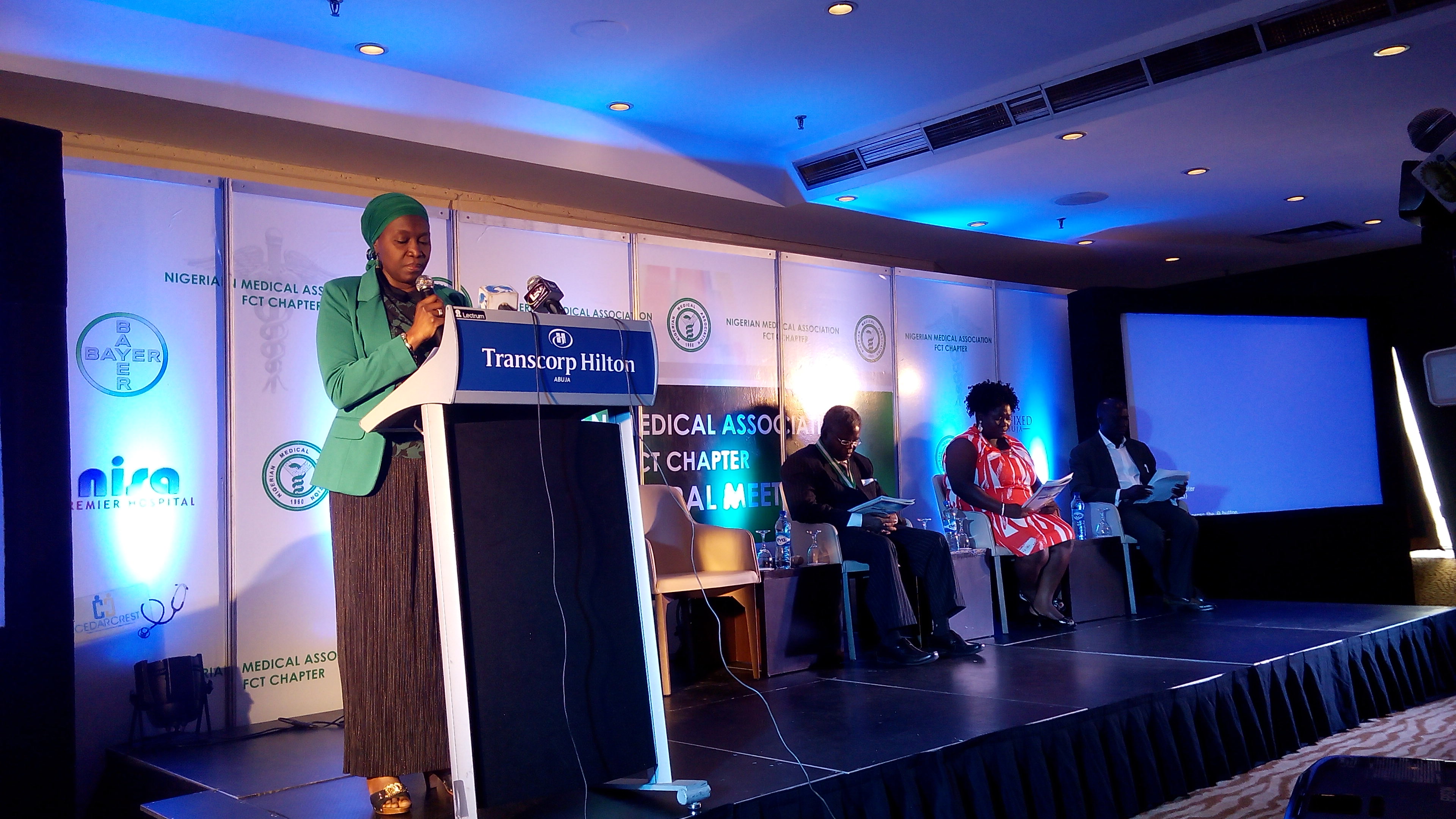 The Nigerian Medical Association (NMA) has said it is poised to redefine and rebrand medical practise in the nation to put an end to medical tourism. The association said it is willing to challenge the causes of medical tourism, which borders on the method of practise, corruption, and the decadence in the entire health system which has become a torn in the flesh for the Nigeria’s Health Sector. The old practise of patients sitting in a long queue to see doctors discourage people from visiting hospitals, the wealthy travel abroad with a better plan and the poor resort to self-medication, but the FCT Chairman of the NMA, Dr. Fatima Mariami, said the challenge will begin to reduce.

Speaking in Abuja at a press conference commencing its 2015 Annual General Meeting, Mariami said the choice of the theme of the year’s meeting “re-designing medicine” is handy in a time when the field of medical practise the world over has become very dynamic and partners of disease burden in developing countries are changing not forgetting the sudden surge of desires for medical tourism leading avoidable economic lavish.

While pledging its solidarity to the President Muhammadu Buhari led government, in its efforts towards the establishment of quality, affordable, and equitable health care for all Nigerians, she said “the Federal Government can explore the option of encouraging world class medical practise in the country through Public private partnership Initiatives. The mega hospitals where Nigerians troop to in developed countries are private sector driven; one reassuring fact is that most of those hospitals abroad have Nigerian doctors as their principal doctors”

As part of its schedules for the annual meeting, the NMA will try to look inwards and explore possible means of engaging the Nigerian government for support to curb corruption in the system and stop the use of government funds to sponsor medical tourism. The association will dissect the National Health Act to understand what values doctors can add for its implementation.

Effective Ebola Vaccine on the way as Africa smiles