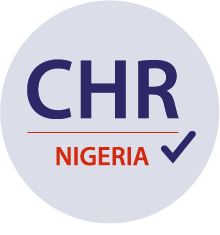 The Coalition formed by Community Health and Research Initiative (CHR) under the auspices of the Partnership for Advocacy in Child and Family Health (PACFaH) to build a stronger CSOs advocacy at state level, urged the state government to identify ways of addressing funding deficit for immunization to secure and protect  children in the state against vaccine preventable diseases.

The Chairperson of the coalition, Mrs. Mary Jalingo, who made the call when she led an advocacy visit to the Executive Secretary of Niger State Primary Health Care Development Agency in his office in Minna, solicited for a stronger partnership between the coalition and the agency.

Other issues discussed during the advocacy visit is the RI budget for the state and the need for accountable and transparency utilization of funds allocated to immunization in the state 2016 budget.

In his response, the ED, Dr. Aliyu Yabagi Shehu, stated that funding has been a major challenge faced by the Agency in carrying out its immunization activities.

Dr. Yabagi said this also negative implication on the efficiency of RI programming and implementation.

Responding to question on funding allocation on RI, he said the amount allocated in the state 2016 budget, is yet to be finalized and will share such information with the coalition when it is ready.